Considering a patient's genetics could inform clinicians which medications would be most effective in controlling cravings and treating alcohol use disorder.

Twenty million Americans currently struggle with an alcohol use disorder. Of those who seek treatment, only 20% receive medications, either alone or in addition to counseling.

Medications are not used more often, according to Charleston Alcohol Research Center scientific director Raymond Anton, M.D., in part because they do not work equally well for everyone. Many patients with alcohol use disorder would benefit from a personalized medicine approach, in which a medication is prescribed based on a patient's genetic code.

Anton and his team report in Alcoholism: Clinical and Experimental Research that doing a few relatively simple genetic tests to identify variations in just three brain genes makes it possible to predict which patients with an alcohol use disorder will benefit most from the addiction treatment medication naltrexone.

In previous studies, Anton's team showed that treating alcohol use disorder with medications that work on specific brain chemicals can reduce the relapse rate by up to a third.

"Alcohol dependence is a brain disease known to affect certain brain chemicals," said Anton, "So, it's important to use treatment methods that address not only the behavioral but also the biological/brain components of the problem."

That slight difference does not affect how people act under normal situations, but it does cause a subtle difference in how strongly the mu-opioid receptor becomes activated when alcohol is consumed, with one variation having a greater response than the other.

Anton and his team hypothesized that this subtle difference in brain chemistry might affect how well naltrexone works in any given patient.

They quickly discovered, however, that the variation in this one gene only did not fully predict how well a patient would respond to the medication.

Dopamine is another reward and pleasure signaling system in the brain that often interacts with the opioid system. Therefore, the amount of dopamine present could influence the mu-opioid receptor and thus the effectiveness of naltrexone.

Anton and his team looked at two such genes that produce proteins controlling the amount of dopamine in the brain.

Like the mu-opioid receptor, these dopamine-processing genes can have small specific variations that result in slight differences in the strength of reward or pleasure signaling after alcohol consumption.

In a clinical trial, Anton and his team genotyped 146 treatment-seeking alcohol use disorder patients for the selected variations in the mu-opioid receptor gene and the two dopamine-processing genes. A roughly equal number of patients with each gene variation were assigned randomly to receive naltrexone or an identical-looking placebo medication.

Throughout the 16-week trial funded by the National Institutes of Health, patients reported how much they drank each day. A reduction in the number of binge-drinking days, defined as five or more drinks for men or four or more drinks for women, across the study indicated a positive effect of the medication.

Anton and his team found that only patients with certain combinations of gene variations showed consistently reduced drinking when taking naltrexone.

"To benefit most from naltrexone, you have to have the gene variations that predict you'll be low in one brain chemical response -dopamine or mu-opioid -and high in the other," Anton explained.

This finding indicates that patients can be genotyped before treatment to see if they will benefit from naltrexone. If they will not benefit, other medications that might be effective are available for them.

Currently, there are no standard genetic screens to test for a patient's medication response in alcohol/addiction treatment. Anton and his team are taking the first steps to make genetic predictors a common clinical practice. They are currently working with the MUSC Foundation for Research Development, MUSC's technology transfer office, to secure a patent for the discovery that these three genes together predict naltrexone efficacy. In addition, they are discussing with others the potential of commercial genetic testing to improve the treatment of alcohol use disorder. This is the first step in what could be a wider range of genetic testing for other addictions.

About the MUSC Foundation for Research Development

The MUSC Foundation for Research Development is responsible for evaluating all intellectual assets the enterprise owns and generates, extracting value and forging industry and other relationships, resulting in products and services that provide real-life solutions to the world's medical needs. Whether our translations involve a technology license, research collaboration or new startup venture, we serve as a dedicated one-stop shop for advancing innovation at MUSC. Our team is also dedicated to building an ecosystem of innovation the activities of which contribute to MUSC's overall economic impact on our state and country. Please visit us online at http://www.musc.edu/frd 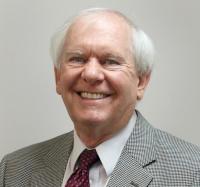 Dr. Raymond Anton of the Medical University of South Carolina