Archerfish hunt by shooting jets of water at unsuspecting insects, spiders, or even small lizards on leaves or twigs above, knocking them into the water below before gobbling them up. Now, a study in the Cell Press journal Current Biology on September 4 finds that those fish are much more adaptable and skillful target-shooters than anyone had given them credit for. The fish really do use water as a tool, the researchers say, making them the first known tool-using animal to adaptively change the hydrodynamic properties of a free jet of water.

It's rather easy to see the usefulness of their impressive skill.

"The predominant impression from our field work in Thailand over several years is that there is very little to actually shoot at, so it's important for the fish to be efficient," says Stefan Schuster of the University of Bayreuth in Germany. "It pays to be able to powerfully hit prey over a wide range of distances."

Schuster and Peggy Gerullis made the discovery by first training fish to hit targets ranging in height from 20 to 60 centimeters from a precise location. They then monitored various aspects of jet production and propagation as the fish did their thing.

Those studies showed that the time needed before water masses up at the jet tip isn't fixed. Rather, archerfish make adjustments to ensure that a nice drop of water forms just before impact. Surprisingly, the researchers report, the fish achieve this by modulating the dynamics of changes in the cross-section of their mouth opening. The timing adjustments that archerfish must make to powerfully hit their targets over an extended range are surprisingly comparable to the "uniquely human" ability of powerful throwing, the researchers write.

"One of the last strongholds of human uniqueness is our ability to powerfully throw stones or spears at distant targets," Schuster says. "This is really an impressive capability and requires—among many fascinating aspects—precise time control of movement. It is believed that this ability has forced our brains to become bigger, housing many more neurons to afford the precision. With the many neurons around, they could be used for other tasks apart from applying them for powerful throws. It is remarkable that the same line of reasoning could also be applied to archerfish."

It's possible that the mechanism the fish use to control water with such precision might also find application in human-built nozzles, he adds, noting that adjustable jets are big business in many industries, including medicine.

"The biggest problem is how to modify the abrasive properties of a jet," Schuster says. "Usually this is done by modulating the release pressure or by varying the abrasives added to the jet. We are not aware of someone actually using a dynamically adjustable valve." 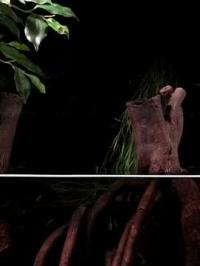 Archerfish Target Their Prey with Jets of Water (2 of 2) 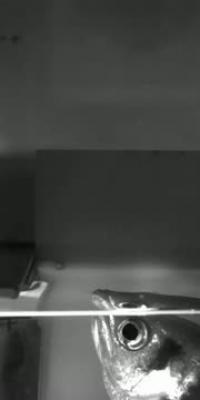