Natural environments are constantly changing. If the change is a familiar one--like the shift from day to night or fluctuation in food supply--organisms use gene regulation to adapt, allowing individual genes to be turned on and off as needed. However, an organism may face fundamentally new conditions for which it has not yet evolved an adequate gene regulation mechanism. The evolution of such a mechanism takes a very long time--up to millions of years--, as the process depends on rare point mutations to occur, and the right mutations may not happen fast enough if conditions change rapidly. PhD students Isabella Tomanek and Rok Grah from the groups of Calin Guet and Gašper Tkačik at the Institute of Science and Technology Austria (IST Austria) and Jonathan Bollback at University of Liverpool, UK, were thus wondering if another evolutionary solution--gene copying--may step in to support the survival of a bacterial population under rapidly changing conditions.

Like any other mutation, the copying of genes happens spontaneously and all the time. "A typical bacterial population will contain a large fraction of cells with a duplication somewhere in their chromosome", explains Isabella Tomanek. "We looked at over 40 generations of individual bacteria and visualized these duplications, but we also saw that they are quite unstable: The second copy of a gene may be amplified further in the next generations to come and thus lead to large copy numbers, but the duplication may also be deleted again right away, and the individual falls back to the original single-gene state." This instability causes variation in gene copy numbers and thus in gene expression levels of a population (as any extra gene copy boosts the expression of a gene). In turn, selection could act on the resulting diversity of copy numbers--and pick those bacteria with the "right" amount of copies/level of gene expression.

These experimental results were taken up by Rok Grah from the biophysics theory group of Gašper Tkačik, who cast the data into a population-dynamics model. Uniting their work in this study, the three groups have demonstrated for the first time that gene copying serves as a strategy to tune the level of gene expression when gene regulation is required but no other genetic regulatory mechanism is in place. Rok Grah: "Most notably, the copy/paste and delete strategy comes into effect on ecological timescales, i.e. before slower evolutionary solutions like gene regulation on the level of single cells can evolve by adaptation through point mutations. And, as we could show in our model, since any genomic region can basically be amplified, the described mechanism cannot only act on any bacterial gene but it is also applicable, in principle, to any other organism."

The broad applicability of the genetic mechanism described in this study has potential implications for an equally diverse number of biological phenomena. For instance, it may lead to failure of antibiotics because, due to a difference in copy numbers, bacteria from one and the same patient show different levels of antibiotic resistance. This phenomenon called heteroresistance makes it hard for physicians to estimate just how much antibiotic is needed to successfully fight a bacterial infection.

Copy/paste and delete -- or how to thrive without gene regulation 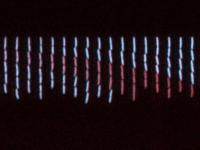 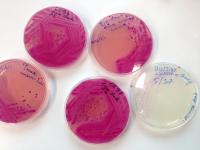