WOODS HOLE, Mass. - A longstanding goal in neuroscience is to classify the brain's many cells into discrete categories according to their function. Such categories can help researchers understand the complex neural circuits that ultimately give rise to behavior and disease. However, there's little consensus about what metrics should define a cell's identity.

In a new study, a collaboration born in part from the Neural Systems & Behavior (NS&B) course at the Marine Biological Laboratory tests the notion that a cell's identity can be described solely by the genes it expresses. The study, published in Proceedings of the National Academy of Sciences, advocates a more "multimodal" approach to defining cell identity.

By using popular and powerful RNA sequencing techniques, researchers can take a snapshot of all the genes that are currently turned on inside a cell. But it's becoming increasingly clear that such strategies may be limited in their ability to give a complete picture of cell identity, or represent changes over time.

Along with their collaborators, NS&B instructors Hans Hofmann, David Schulz, and Eve Marder put two popular RNA-based methods to the test: single-cell RNA sequencing and quantitative RT-PCR. They applied these techniques to two well-studied nerve clusters in the crab Cancer borealis -- the stomatogastric and cardiac ganglia --which allowed them to compare the results from the RNA-based approaches to other known metrics of cell identity.

They found that the cell identities generated by the complete RNA profiles, or "transcriptomes," did not match the existing cell identities they had compiled over years of observation. In fact, categorizing cells based on their entire transcriptome ultimately yielded "scrambled" identities.

However, as the researchers further refined their selection of key genes to input into their analysis, the RNA profiles began to more closely resemble the identities gleaned from other attributes, such as innervation patterns, morphology, and physiology. Thus, this multimodal approach has the potential to reveal a more accurate portrayal of cell identity than RNA sequencing alone.

According to Hofmann, most studies don't bother to validate transcriptomic data with other metrics of cell identity like morphology and physiology. "Classification and characterization of cell types is often performed within the context of specific studies, and not based on a systematic approach," he says. "We really have to collect a lot of additional data, even across species, to come up with a robust taxonomy of cell types."

"RNA sequencing is tremendously promising and powerful, but this study provides a valuable and necessary check," Schulz adds. "Rather than relying entirely on analytics applied blindly to cell type, whenever possible it's important to consider multiple modalities of information as well."

The trick, Hofmann and Schulz agree, is knowing which data are indicative of cell identity, and which are simply noise that will interfere with accurate classification.

Researchers must also eventually agree on a definition of "cell identity." Drawing firm boundaries between cell types is useful in many ways, but may ultimately be problematic.

"Soon," Schulz says, "we'll start to see the limitations of trying to impose very discrete categories on the spectrum of cell types within and across individuals."

From crab studies, a broader approach to identifying brain cells 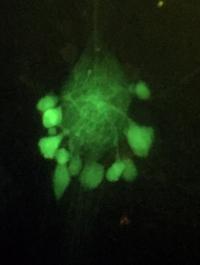