The exotic and colorful snub-nosed monkey spends its days foraging about the treetop in the mountain forests in China, Myanmar and Vietnam. Though once widespread, this endangered species is only limited to fragmental mountain forests, and the highest altitude (up to 4,500 meters) of any primate, making them a fascinating subject for evolutionary biologists to study to reveal the genetics behind their adaptations.

In a heroic effort, authors Ming Li, Ruigiang Li et al. have now sequenced, assembled and analyzed the mutations in the genomes of 38 wild snub-nosed monkeys (from genome mapping of 42 individuals: 27 golden, 4 gray, 2 Myanmar and 9 black) from four different endangered species of snub-nosed monkeys -the largest investigation into primate genomics outside of the great apes. The findings were published in the advanced online edition of Molecular Biology and Evolution.

They found a similar amount of harmful mutations among different snub-nosed monkeys as well as reduced genetic diversity compared to other primates, which is indicative of having suffered a severe population bottleneck or possible inbreeding. By reconstructing their evolutionary history over the past 2 million years, including major climatic glacier movements, geology (uplifting of the Tibetan plateau) and retreats likely drove population isolation and demography. In one species, the black snub-nosed monkey (about 2,000 individuals are found in the wild), they identified several hypoxia-related genes that allowed them to thrive in the highest altitudes (a narrow region 3,400- 4,500 meters above sea level in a narrow region between the Yangtze and Mekong rivers within the Tibetan plateau) than any other nonhuman primate. This is despite the challenges associated with hypothermia, hypoxia and finding food in the freezing temperatures of winter.

The study was the first to profile this endangered primate in great detail to reveal the genetic diversity, demography and adaptation or this exotic, rare primate. 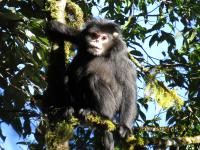 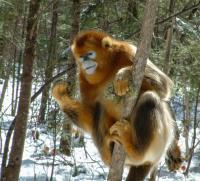