PORTLAND, Ore. -- A new study shows an "alarming rise" over the last 20 years in the costs of drugs used to slow the progression of multiple sclerosis or reduce the frequency of attacks, according to a study led by researchers at Oregon Health & Science University (OHSU) and Oregon State University (OSU).

A substantial increase in the number of MS drugs in the marketplace over the past 20 years, paradoxically, did not lead to lower or stabilized costs for patients who use those drugs. Researchers found the costs of all drugs used to treat MS - including first-generation therapies - skyrocketed. Their work is published online today in the May 26, 2015, issue of Neurology®, the medical journal of the American Academy of Neurology.

The costs of MS drugs accelerated at rates five to seven times higher than prescription drug inflation and substantially higher than rates for drugs in a similar class between 1993 and 2013, the researchers report. Drug costs for several MS agents rose on average 20 to 30 percent per year over this time period.

In response to mounting concerns about the affordability of drugs used to treat MS, researchers examined 20 years of drug pricing data for nine MS drug treatments beginning with the initially approved injectable medications, up through the approval of the newest oral drugs.

"The inexplicable increase in the cost of MS drugs, particularly older, first- generation drugs, is at odds with how we think the marketplace should work. A growth in the number of MS drugs should lower costs for patients. What we see here is the opposite happened: costs have risen sharply, and at a pace that's far greater than drugs in a similar biologic class," said Daniel M. Hartung, Pharm.D., M.P.H., lead author of the study and associate professor in the OSU/OHSU College of Pharmacy.

Researchers found that long-standing drugs, such as Betaseron™, Avonex™ and Copaxone™, originally costing $8,000 to $11,000, now cost approximately $60,000 per year - an average increase of 21 to 36 percent annually. Their cost acceleration corresponded with the approval of newer agents, including Gilenya™, Aubagio™, and Tecfidera™, which have increased 8 to 17 percent annually since their approval. During that same period, general and prescription drug inflation only increased 3 to 5 percent per year.

The study shows that U.S. prices for MS drugs were also out of step with costs in other developed countries. In comparing current U.S. costs for all MS drugs with estimates from the United Kingdom, Canada and Australia, researchers found that the costs of MS drugs in the U.S. market are two to three times higher. MS drug costs in those industrialized countries were often more than 70 percent lower than U.S. costs.

Researchers also examined the costs paid by the U.S. Department of Veterans Affairs (VA) because of its ability to negotiate discounts directly with manufacturers. Their analysis shows that on average costs for the VA were 36 percent less than those paid by Medicaid, including a nearly 80 percent discount for Betaseron™. This cost disparity suggests the sharp rise in U.S. prices is not the result of increases in manufacturing costs.

"This study confirms what many of us treating patients with MS had suspected: The pricing trajectories of MS drugs are unsustainable for our health care system and need to be addressed," said Dennis N. Bourdette, M.D., F.A.N.A., F.A.A.N., co-author of the study and chair of the Department of Neurology in the OHSU School of Medicine and executive director of the Multiple Sclerosis Center at OHSU.

The lack of transparency within pharmaceutical pricing and purchasing, and the absence of a national health care system within the U.S. to negotiate prices directly with the pharmaceutical industry may have contributed to the soaring costs of these drugs, according to the researchers.

"As a doctor, I'm deeply concerned about making sure these life-changing drugs are within reach for patients. The driving force behind this study was our experience that the high cost of MS drugs interferes with our ability to take good care of our patients," said Ruth H. Whitham, M.D., F.A.A.N., co-author of the study, professor of neurology in the OHSU School of Medicine, and co-founder of the Multiple Sclerosis Center at OHSU.

"We decided to shine a light on this growing problem so that those of us who care for patients with chronic illness can work together and advocate for changes to drug pricing mechanisms."

About the OSU/OHSU College of Pharmacy 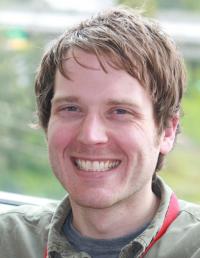