Metabolism was lost in the shadows of cancer research for decades but has recently been reclaiming some of the spotlight. Now, Mina Bissell, Distinguished Scientist with Berkeley Lab's Life Sciences Division and a leading authority on breast cancer, has shown that aerobic glycolysis - glucose metabolism in the presence of oxygen – is not the consequence of the cancerous activity of malignant cells but is itself a cancerous event.

"A dramatic increase in sugar uptake could be a cause of oncogenesis," Bissell says. "Furthermore, through a series of painstaking analysis, we have discovered two new pathways through which increased uptake of glucose could itself activate other oncogenic pathways. This discovery provides possible new targets for diagnosis and therapeutics."

Working with Bissell, Yasuhito Onodera, a Japanese postdoctoral fellow in her research group who is now an assistant professor in Japan, examined the expression of glucose transporter proteins in human breast cells. The focus was on the glucose transporter known as GLUT3, the concentrations of which Onodera and Bissell showed are 400 times greater in malignant than in non-malignant breast cells. The study was carried out using a 3D culture assay developed earlier by Bissell and her group for mouse mammary cells and later with her collaborator, Ole Petersen, for human breast cells. The assay enables actual reproduction of breast cells to form structural units and for malignant cells to form tumor-like colonies.

"We found that overexpression of GLUT3 in the non-malignant human breast cells activated known oncogenic signaling pathways and led to the loss of tissue polarity and the onset of cancerous growth," Bissell says. "Conversely, the reduction of GLUT3 in the malignant cells led to a phenotypic reversion, in which the oncogenic signaling pathways were suppressed and the cells behaved as if they were non-malignant even though they still contained the malignant genome."

Bissell began exploring the relationship between aerobic glycolysis and malignant cells more than 40 years ago. She was intrigued with a hypothesis proposed in 1924 by biochemist and future Nobel laureate Otto Heinrich Warburg, which held that increased aerobic glycolysis at the expense of respiration and higher ATP production is a cause and not a symptom of cancer. This hypothesis became controversial because many researchers could find aerobic glycolysis in normal cells. Even now the majority view holds that increased sugar uptake in cells is the result of the intense metabolic demands of tumor cells and not a cause of malignant transformation

"In a series of papers published in the early 1970s, using fibroblasts from chick embryos and their malignant counterparts, we showed that if the microenvironmental context was equalized, the rate of aerobic glycolysis was indeed higher in cancer cells under all conditions tested," Bissell says. "Clearly Warburg was correct in saying that cancer cells always had increased aerobic glycolysis; however, he was not necessarily correct in saying that the defect had to be in respiratory pathways. We found these pathways to be similarly active in normal and malignant fibroblasts, as we find also now in our breast cancer cell studies in 3D assays."

Bissell would go on to discover that the cause of increased aerobic glycolysis was a dramatic increase in glucose uptake by cancer cells, but at that time did not determine whether this increase was the cause of malignant transformation. In this new study with Onodera and Jin-Min Nam of Japan's Hokkaido University, 3D laminin-rich extracellular matrix cultures of non-malignant human breast epithelial cells from a reduction mammoplasty were compared to malignant cells derived from the study's non-malignant cells.

Bissell says this demonstration of an active role in breast cancer development for glucose uptake could only have been revealed through a 3D culture assay in which both malignant and non-malignant breast cells behave in a manner that is phenotypically analogous to their corresponding architecture in living tissue.

Bissell and her Japanese collaborators believe their findings help explain why hyperglycemia in diseases such as obesity and diabetes can raise the risk of breast and other cancers. In addition, these results may also help explain why anti-diabetic drugs, such as metformin, which lower blood glucose levels, have been linked to lower cancer risks and mortality.

"Our work highlights the importance of the context in studying pathways involved in tissue-specificity and disease, and sheds additional light on the relationship between metabolic diseases and cancer" Onodera explains.

The results of this study have been reported by Onodera, Nam and Bissell, in the Journal of Clinical Investigation (JCI). The paper is titled "Increased sugar uptake promotes oncogenesis via EPAC/RAP1 and O-GlcNAc pathways." Bissell and Onodera are both corresponding authors.

This research was primarily supported by the National Cancer Institute, the Department of Defense (DOD) Breast Cancer program, the Breast Cancer Research Foundation (BCRF) and in part by a fellowship and a grant to Yasuhito Onodera from Uehara Memorial Foundation (Tokyo, Japan) and The Japan Society for the Promotion of Science.

For more on the research of Mina Bissell go here 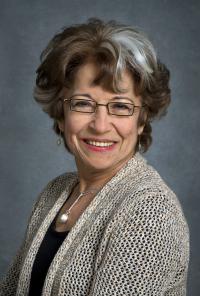