(Kingston, ON) – The hardiest plants and those most likely to survive the climatic shifts brought about by global warming are now easier to identify, thanks to new research findings by a team from Queen's University.

"Predicting the speed at which plants are likely to migrate during climate warming could be key to ensuring their survival," says Queen's Biology professor Christopher Eckert.

Populations of plants growing at the outer edges of their natural "geographic range" exist in a precarious balance between extinction of existing populations and founding of new populations, via seed dispersal into vacant but suitable habitat. "Policy makers concerned with preserving plant species should focus not only on conserving land where species are now, but also where they may be found in the future," says Dr. Eckert.

This observation stems from his recent study – published in the scientific journal New Phytologist – which shows for the first time that natural selection gives a boost to the seed dispersal traits of those plants growing at the edges of their natural ranges.

If species are going to persist in the face of a changing climate, they must move to stay within the climate zone to which they are best adapted, Dr. Eckert explains. Their ability to relocate with shifts in regional climate brought about by global warming will largely depend on their capacity for dispersal, especially in populations near the limit of their geographical distributions.

With undergraduate student Emily Darling and PhD student Karen Samis, Dr. Eckert studied the geographic distribution and dispersal biology of Abronia umbellata (pink sand verbena), a flowering plant endemic to the Pacific coastal dunes of North America. By surveying plants throughout the 2000-km geographic range, and measuring seed dispersal with a wind tunnel in the Faculty of Applied Sciences, they showed that plants at range limits produce seeds with larger wings, thus increasing dispersal in the winds that commonly buffet costal habitats.

"The way evolution works at range limits has been brought into sharper focus by the debate over how species will respond via migration to climate warming," says Dr. Eckert. "It's clear that these marginal populations are adapted in ways that more central populations aren't."

According to Cornell University biologist Monica Geber, in an editorial focused on this new research, the Queen's team has "flipped the question of dispersal limitation on its head to ask whether range-edge populations have diverged, through adaptive evolution, from central populations to increase their colonizing ability."

There has been considerable debate as to whether these northern peripheral populations are worth conserving, Dr. Eckert notes. If they possess adaptations that will enhance their ability to expand their range during climate change, then the answer is yes, he says. His team has recently shown that in Vaccinium stamineum (deerberry) – a threatened plant related to the blueberry – the capacity for seed dispersal appears to increase sharply towards the range limit in Canada.

"These observations are consistent with our work on coastal dune plants, suggesting that our results may have general relevance and significance for species conservation in changing global environments" says Dr. Eckert.

Life on the edge: To disperse, or become extinct? 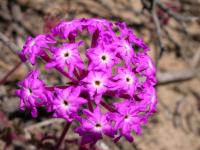