In a recent study, scientists at Baycrest's Rotman Research Institute (RRI) found that research participants moved their eyes to determine whether they had seen an image before, and that their eye movement patterns could predict mistakes in memory. They obtained these results using an innovative new eye tracking technique they developed.

"Our findings indicate that eye movements play a functional role in memory retrieval," says Dr. Jennifer Ryan, senior scientist at the RRI and Canada Research Chair in Cognitive Neuroscience of Memory. "They can tell us a lot about someone's memory."

"When we see a picture, a face or something else that we have already seen, our eyes tend to look at the same locations as they did the first time. The brain compares important characteristics of what we are seeing to a mental picture in our memory, and it identifies the two as the same," says Dr. Bradley Buchsbaum, senior scientist at the RRI. "The brain is pretty good at this, even in conditions of lower visibility."

"If we see someone in the distance, or if their face is partially hidden by branches, our brain will compare the features that are visible to a mental picture to determine whether we know that person," says Jordana Wynn, lead researcher on this study, former PhD student at the RRI and current fellow at Harvard University.

This phenomenon is called "pattern completion." When it goes wrong, we may end up mistakenly waving to a stranger if he or she has similar hair or a similar nose to someone we know.

In this study, published in the journal Proceedings of the National Academy of Sciences of the United States of America (PNAS), participants were first asked to memorize a series of 30 new images on a screen. Next, they viewed another series, this time containing both some of the previously seen images and some new-but-similar images. They were then asked to indicate whether they had seen each one before. Their eye movements were tracked during both stages. Each image was shown briefly, ranging from 250 milliseconds to 750 milliseconds, before the participants were instructed to visualize it while looking at a blank screen.

Participants were highly accurate in identifying previously seen images as old, scoring almost 90%. They were more likely to be correct if their eye movements were the same as when they initially saw the image. On the other hand, they performed less well, at 70%, when faced with a new-but-similar image. In the latter case, the more participants repeated their initial viewing pattern instead of focusing on the different aspects of the image, the more likely they were to incorrectly identify the image as old.

To emulate real-world situations where we don't have full information, the researchers also used incomplete, or "degraded," versions of images. This ranged from 0 to 80% degradation, in the form of grey squares covering parts of the image. Remarkably, even when the image was 80% degraded, performance was much better than pure guessing, reflecting the strength of pattern completion.

"Using our eye tracking technique, we were able to map the participants' eye movements and observe that they were mentally picturing an image that they could not see," says Wynn. "They were using pattern completion."

Many studies have examined pattern completion over the past decades, but with one critical weakness. "These studies have all been based on the untested assumption that we can infer pattern completion is happening when participants mistakenly 'recognize' images that they have not seen before," says Wynn. "Our study is the first to use eye movement analysis, rather than behaviour, to show that people are in fact retrieving a memory of an old image when they make this mistake."

This study's findings have important implications in terms of assessing memory. "Some of the traditional tests used to diagnose memory impairments are quite verbal," says Dr. Ryan. "They often require good command of the English language, which can be a problem in a multicultural city like Toronto."

"With eye tracking, you don't have to ask people what they remember. You can just look at their eyes. This gives us a lot more information about their memory than we thought," says Dr. Buchsbaum.

This work was made possible with support from the Canadian Institutes of Health Research (CIHR) and the Natural Sciences and Engineering Research Council of Canada (NSERC).

With additional funding, the researchers could further examine the role of eye movements in memory retrieval. "This could lead to the development of better screening tools for dementia, which is the ultimate hope," says Dr. Ryan.

Now in its 31st year, the Rotman Research Institute at Baycrest is a premier international centre for the study of human brain function. Through generous support from private donors and funding agencies, the institute is helping to illuminate the causes of cognitive decline in seniors, identify promising approaches to treatment and lifestyle practices that will protect brain health longer in the lifespan. 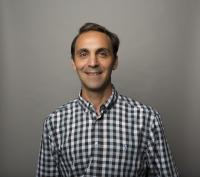 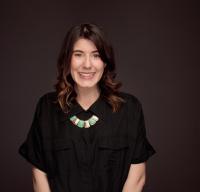