(Millbrook, N.Y.) In the U.S., some 300,000 people are diagnosed with Lyme disease annually. Thousands also suffer from babesiosis and anaplasmosis, tick-borne ailments that can occur alone or as co-infections with Lyme disease. According to a new paper published in PLOS ONE, when small, fast-living mammals abound, so too does our risk of getting sick.

In eastern and central North America, blacklegged ticks are the primary vectors for Lyme disease, babesiosis, and anaplasmosis. The pathogens that cause these illnesses are widespread in nature; ticks acquire them when they feed on infected animals.

Richard S. Ostfeld, the paper's lead author and a scientist at the Cary Institute of Ecosystem Studies, has researched the ecology of Lyme disease since 1992. "A pattern emerged in our long-term studies. Ticks that fed on certain rodents and shrews were much more likely to pick up multiple pathogens, making the environment riskier for people."

To investigate why mammals differ in their 'reservoir competence' or ability to transmit pathogens to ticks, Ostfeld and his co-authors from Bard College, Oregon State University, the University of South Florida, and EcoHealth Alliance took a two-pronged approach.

Then they looked at the role of mammal population density. As 'sit and wait' parasites, ticks are much more likely to encounter animals with dense populations. This, in turn, could help pathogens evolve to exploit specific hosts, resulting in more effective transmission rates.

For Lyme disease and anaplasmosis, fast life history features were a strong predictor of an animal's ability to transmit infection to ticks. Body size was inversely related to reservoir competence. Raccoon, skunk, opossum, squirrel, and deer infected fewer ticks than their mouse, chipmunk, and shrew counterparts.

Ostfeld notes, "This is consistent with past research on Lyme disease, West Nile virus, and Eastern Equine encephalitis. There is evidence that animals that mature early and have frequent, large litters invest less in some immune defenses, making them better pathogen hosts."

Population density was the best predictor of species' abilities to transmit all three pathogen groups, with animals that ticks encountered most frequently being the most effective at transferring infection. Co-author Felicia Keesing of Bard College explains, "Fast life history and high population density often go hand-in-hand. In rodents and shrews, pathogen adaptation and poor immune defense may be working together to amplify disease spread."

With Ostfeld concluding, "In our struggle to manage the ever-growing list of tick-borne diseases, we need to understand which animals magnify human disease risk. Our results suggest when generalist pathogens emerge, small mammals with large populations and a fast pace of life warrant careful monitoring."

Research and analyses were made possible through grants from the National Science Foundation's Divisions of Environmental Biology and Emerging Frontiers. To access the full paper, visit PLOS ONE.

The Cary Institute of Ecosystem Studies is a private, nonprofit environmental research organization located on 2,000-acres in New York's Hudson Valley. With a staff of more than 100, including 16 core scientists, it is a world-premier center for ecosystem science. Focal areas include freshwater ecosystems, disease ecology, invasive species, urban ecology, and biogeochemistry. The science program is complemented by the Cary Institute's renowned education, communication, and outreach initiatives. http://www.caryinstitute.org 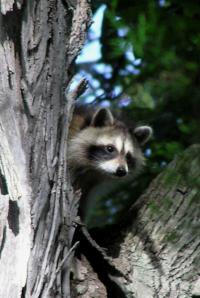