An international team of scientists, involving Professor Rodrigo Quian Quiroga, director of the Centre for Systems Neuroscience and Head of Bioengineering at the University of Leicester, has shown how individual neurons in the human brain react to ambiguous morphed faces.

For this, the researchers used images of celebrities, such as Angelina Jolie and Halle Berry, morphed together to create an ambiguous face which test subjects were asked to identify.

The study found that for the same ambiguous images, the neurons fired according to the subjective perception by the subjects rather than the visual stimulus. For example, a neuron originally firing to Whoopi Goldberg fired to a morph image between Goldberg and Bob Marley only when the subject identified the morphed image as Goldberg and remained silent when the subject said the very same image was Marley.

They concluded that neurons fire in line with conscious recognition of images rather than the actual images seen. Furthermore, in most cases the neuron's responses to morphed pictures were the same as when shown the pictures without morphing.

The study was carried out by Rodrigo Quian Quiroga at Leicester, Alexander Kraskov from University College London, Christof Koch at the Allen Institute for Brain Science, Florian Mormann at the University of Bonn and Itzhak Fried at the University of California Los Angeles. Their new paper, 'Single-Cell Responses to Face Adaptation in the Human Medial Temporal Lobe', has now been published in Neuron.

Professor Quiroga said: "We are constantly bombarded with noisy and ambiguous sensory information and our brain is constantly making decisions based on such limited data."

"We indeed see the face of a friend rather than the combination of visual features that compose the person's face. The neurons we report in this article fire exactly to this, to the subjective perception by the subjects, not to the features of the faces they were seeing."

"In a sense, the interpretation of this result goes way back to British Empiricism and even to Aristotle. As Aristotle put it, we create images of the external world and use these images rather than the sensory stimulus itself for our thoughts. These neurons encode exactly that."

"This result supports the view that these neurons are play a key role in the formation of memory." 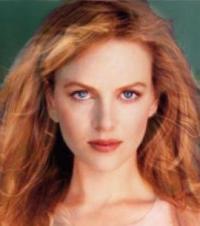 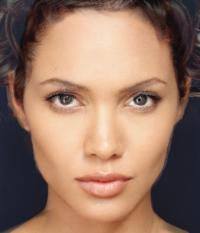