PITTSBURGH, April 9, 2020 - A novel clinical trial developed by researchers at the University of Pittsburgh School of Medicine launched today at UPMC to address one of the most important debates during the COVID-19 pandemic: How should doctors decide between quickly adopting new therapies, such as the anti-malarial drug hydroxychloroquine, and waiting until they are tested in longer clinical trials?

"The solution is to find an optimal tradeoff between doing something now, such as prescribing a drug off-label, or waiting until traditional clinical trials are complete," said Derek Angus, M.D., M.P.H., professor and chair, Department of Critical Care Medicine at Pitt and UPMC. "We've developed a way to do that with an adaptive clinical trial model that relies on a type of artificial intelligence known as reinforcement learning to identify the best, evidence-backed therapy for COVID-19 much faster than using the traditional scientific approach."

Before COVID-19 emerged, Angus and a wide range of international collaborators had developed a platform, called REMAP-Community Acquired Pneumonia (REMAP-CAP), designed to find optimal treatments for severe pneumonia both in non-pandemic and pandemic settings. When COVID-19 began circulating, REMAP-CAP was rapidly adapted, as per its intent, to incorporate additional treatment regimens specifically targeting the SARS-CoV-2 virus. The international team describes the REMAP-CAP platform in a manuscript published today in the Annals of the American Thoracic Society (AnnalsATS).

REMAP (randomized, embedded, multi-factorial, adaptive platform) allows researchers to rapidly test multiple treatment approaches simultaneously at a lower cost and with fewer patients than traditional clinical trials. The REMAP design, first described by Angus in 2015 in the Journal of the American Medical Association (JAMA), is a flexible version of what are called "adaptive platform trials." "Adaptive platform trials are rapidly being endorsed by the U.S. Food and Drug Administration, the Bill & Melinda Gates Foundation and others as a long-needed revolution in clinical trials," said Angus, who holds the Mitchell P. Fink Endowed Chair at Pitt.

He compares the REMAP approach to a chef offering a prix fixe menu with appetizer, main course and dessert. The chef may try various combinations, serving sizes and options, sometimes leaving out the appetizer or dessert, and adjusting on the fly as plates come back scraped clean or barely touched, until hitting on the combination that sells best.

The UPMC-REMAP-COVID19 trial, built on the backbone of the REMAP-CAP platform, will be particularly powerful because it is being integrated with the electronic health record system at UPMC, noted Angus. "In a pandemic, doctors will not have the time to debate the pros and cons of every possible clinical trial. By building this one-stop solution at the point-of-care, we are rolling out an approach that can assure that every patient admitted with COVID-19, if they choose to, can be enrolled in the program."

"We must throw out old ways of thinking and fuse clinical care and clinical research into one extremely efficient system," said Angus, who authored a recent viewpoint in JAMA advocating for the "learning while doing" approach. "This is an unprecedented pandemic and we need an unprecedented response."

UPMC-REMAP-COVID19 will open across UPMC's 40-hospital system and begin with multiple treatments tested simultaneously in different combinations -- including hydroxychloroquine, steroids and medications called immunomodulators that alter the responsiveness of the immune system. If new drugs need to be tested, they are simply rolled into the platform as study amendments, rather than tested in separate free-standing trials. All participants will receive the current standard of care, and most also will receive one, two or three of the experimental treatment options. This means that, at launch, only 12.5% of participants will be strictly assigned to the placebo arm of the trial and, within weeks, researchers expect that about 99% of patients will be receiving one or more active therapies specifically targeting COVID-19.

Furthermore, because the UPMC-REMAP-COVID19 platform is connected to the worldwide REMAP-CAP, the trial learns from the entire international experience. REMAP-CAP is enrolling patients with COVID-19 in North America, Europe, Australia and New Zealand, and expanding rapidly.

"The trial design uses a machine-learning model that incorporates data from patients enrolled across the world to continuously learn which therapies and combinations of therapies are performing best," explained AnnalsATS co-author Scott Berry, Ph.D., president and senior statistical scientist of Berry Consultants, who worked with Angus and his colleagues to build the statistical model. "Last week, the Chief Medical Officer of the United Kingdom's National Health Service urged every hospital in the country to participate in this trial. As more institutions join, the model learns faster."

If one of the treatments shows early signs of performing better than the others, patients are automatically enrolled more often into that treatment option. Physicians can be assured that they are always betting on the winning horse in the moment, and poorly performing options are quickly discontinued.

"This allows us to always rapidly identify which treatment works best, while keeping the number of patients needed to achieve statistical significance low," said Angus. "It also means we get the best treatment to the most patients right out of the gate."

The design and implementation of the UPMC-REMAP-COVID19 trial is led by Angus and colleagues at Berry Consultants (Austin, Texas), and supported by UPMC Enterprises.

The design and implementation of REMAP-CAP worldwide is supported by multiple governments and institutions. A complete list of the collaborating authors, institutions and funding agencies can be found in the study.

To read this release online or share it, visit https://www.upmc.com/media/news/040920-innovative-clinical-trials.

Annals of the American Thoracic Society 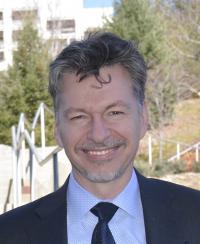