An interdisciplinary research team, comprised of archaeologists, archaeozoologists, palaeontologists and geologists from the Autonomous Universities of Madrid, Málaga, Granada, Córdoba and the Basque Country, as well as from the Altamira National Museum and Research Centre and the Andalusian Earth Sciences Institute (CSIC), coordinated by the Department of Prehistory and Archaeology of the University of Seville, joined forces to tackle the largest fossils record thus far from archaeological sites in the Iberian Peninsula.

The researchers have analysed a total of 633 specimens of scaphopods, molluscs, shark teeth and mammal remains from 82 archaeological sites in different regions (Andalusia, Asturias, Cantabria, Castile-La Mancha, Castile-Leon, Valencia, Madrid, Murcia and the Basque Country in Spain, and Alentejo, the Algarve, Extremadura, Lisbon and Setubal in Portugal).

The vast majority of fossils were collected from areas close to archaeological sites, suggesting their potential value as indicators of regional social and symbolic value during Iberian prehistory. However, there were changes throughout the period analysed, indicating different cultural fashions and traditions.

The Iberian Peninsula has one of the richest paleontological records in Western Europe. However, "there were generally only scarce indications of the collection and use of fossils at Iberian sites during Prehistory, and thus the documentation of this behaviour presented an anomalous situation compared to other regions of Europe, where numerous studies have been published on this practice," explained Miguel Cortés, Professor of Prehistory at the University of Seville and leader of the study.

On the other hand, this confirms the need to take an interdisciplinary methodological approach to detect and study the fossils that are surely still awaiting analysis in the zooarchaeological collections of museums and institutions. In this sense, this work offers a new approach to archaeo-zoological records from archaeological sites, by identifying some cases where a review is needed.

"This work can serve to reappraise a little-known record and begin to solve the apparent anomaly of fossil collection by Iberian prehistoric communities compared to other areas of Western Europe," added Dr. Cortés. 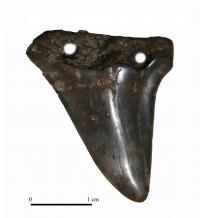 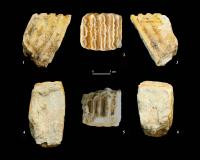