HOUSTON - (March 30, 2017) - Suffering through a cold is annoying enough, but if you're lonely, you're likely to feel even worse, according to Rice University researchers.

A study led by Rice psychologist Chris Fagundes and graduate student Angie LeRoy indicated people who feel lonely are more prone to report that their cold symptoms are more severe than those who have stronger social networks.

"Loneliness puts people at risk for premature mortality and all kinds of other physical illnesses," LeRoy said. "But nothing had been done to look at an acute but temporary illness that we're all vulnerable to, like the common cold."

The study is the subject of a paper published this week in Health Psychology.

The researchers drew a distinction between feeling lonely and actual social isolation.

"This paper is about the quality of your relationships, not the quantity," LeRoy said. "You can be in a crowded room and feel lonely. That perception is what seems to be important when it comes to these cold symptoms."

Carrying out this task meant finding lonely people, isolating them -- and giving them a cold.

A total of 159 people age 18-55, nearly 60 percent of them men, were assessed for their psychological and physical health, given cold-inducing nasal drops and quarantined for five days in hotel rooms.

The participants, scored in advance on the Short Loneliness Scale and the Social Network Index, were monitored during and after the five-day stay. After adjusting for demographics like gender and age, the season, depressive affect and social isolation, the results showed those who felt lonely were no more likely to get a cold than those who weren't.

But those who were screened in advance for their level of loneliness and became infected -- not all of the participants did -- reported a greater severity of symptoms than those recorded in previous studies used as controls. The size of the participants' social networks appeared to have no bearing on how sick they felt.

"Previous research has shown that different psycho-social factors like feeling rejected or feeling left out or not having strong social bonds with other people do make people feel worse physically, mentally and emotionally," LeRoy said. "So we had that general framework to work with."

The effect may be the same for those under other kinds of stress, Fagundes said. "Anytime you have an illness, it's a stressor, and this phenomenon would probably occur," he said. "A predisposition, whether it's physical or mental, can be exaggerated by a subsequent stressor. In this case, the subsequent stressor is getting sick, but it could be the loss of a loved one, or getting breast cancer, which are subjects we also study.

"What makes this study so novel is the tight experimental design. It's all about a particular predisposition (loneliness) interacting with a particular stressor," he said.

"Doctors should take psychological factors into account at intake on a regular basis," Fagundes said. "It would definitely help them understand the phenomenon when the person comes in sick."

"We think this is important, particularly because of the economic burden associated with the common cold," LeRoy added. "Millions of people miss work each year because of it. And that has to do with how they feel, not necessarily with how much they're blowing their noses."

The findings are also an incentive to be more socially active, she said. "If you build those networks -- consistently working on them and your relationships -- when you do fall ill, it may not feel so bad."

Co-authors of the paper are Rice postdoctoral researcher Kyle Murdock; Lisa Jaremka, an assistant professor of psychology at the University of Delaware; and Asad Loya, a research assistant at Rice. LeRoy is a joint graduate student at the University of Houston. The data was obtained in collaboration with the Laboratory for the Study of Stress, Immunity and Disease at Carnegie Mellon University under the directorship of Sheldon Cohen. Fagundes supervised all aspects of the paper development.

Read the abstract at http://www.apa.org/pubs/journals/releases/hea-hea0000467

Bad cold? If you're lonely, it may feel worse 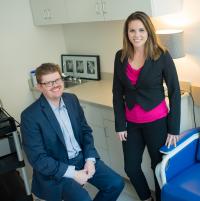