An extremely unstable protein, Cln3, appears to be the master switch that activates cell division in budding yeast. Cln3 concentrations only reach high enough levels to trigger the cell division process when the rate of protein synthesis outpaces the rate of cell volume increase. University of Groningen scientists, together with colleagues in Switzerland, published this discovery in the journal Nature Cell Biology on 4 November.

While cells cannot think, they must nevertheless 'decide' whether to divide or to enter a dormant state, according to environmental conditions. Three decades ago, it was discovered that the cyclin-dependent kinase (CDK) complex is the main regulator of the cell division cycle. However, the precise mechanism with which cells make the decision to initiate a new division cycle was still unclear until today.

Three years ago, Matthias Heinemann, a system biologist at the University of Groningen, demonstrated that oscillations in cellular metabolism may serve as the 'conductor' of the cell cycle in budding yeast. His research group has now uncovered a new piece of the puzzle, a yeast protein called Cln3. It was previously known that Cln3 forms a complex with CDK and sets in motion processes that prompt cells to initiate a new cycle of division. 'However, as the concentration of Cln3 was thought to remain constant over the course of the cell division cycle, it was unclear how CIn3 influences the decision of cells to divide', Heinemann explains. Also, Cln3 is very unstable, and it is very difficult to measure its concentration because once produced, it is almost immediately broken down.

To investigate the role of Cln3 in the cells' decision to initiate a new cycle of division, Heinemann, together with his research team, which included his colleague Andreas Milias-Argeitis, implemented an alternative method for measuring the production rate of CIn3 over time. Typically, one would add the gene for the green fluorescent protein (GFP) next to the Cln3 gene. This would result in fluorescence when Cln3-GFP is produced. 'But in this case, the GFP is quickly broken down together with Cln3 and no fluorescence can be detected', explains Milias-Argeitis. This problem was resolved through the inclusion of an additional small peptide between Cln3 and GFP. 'This additional peptide self-cleaves and liberates GFP from Cln3 as soon as the new fusion protein is produced. Thus, Cln3 is broken down but GFP remains in the cell and can be detected'. Thus, it was possible to measure the production rate of Cln3.

Athanasios Litsios, who is the first author of the study and introduced the idea of the self-cleaving peptide, performed numerous painstaking measurements of GFP fluorescence in single cells grown in a microfluidic chip and observed under the microscope while also measuring cell volumes. These measurements showed that the concentration of Cln3 peaks before the cell decides to initiate the division cycle. Measurements of Cln3 concentration had been done earlier, but as Heinemann explains only with techniques that average across large cell populations. 'In that case, the peak in Cln3 concentration is averaged out over the cell population'.

What is remarkable about this peaking protein level is that it occurs during a phase when the pace of protein production exceeds the increase in cell volumes. Milias-Argeitis explained this as follows. 'This means that there is a decoupling between protein synthesis and metabolic processes, which causes the cell volume to increase'. This decoupling could explain some of the metabolic oscillations that Heinemann observed earlier and that also play a role in the initiation of the cell division cycle.

The findings of this study suggest that the decision to enter the cell division cycle is triggered by a peak in the concentration of Cln3, which in turn is driven by an increase in the rate of protein synthesis. Perhaps this process is indicative of a mechanism that enables the cell to 'assess' whether the environmental conditions are favorable for protein production - a process that is important for cell division. Heinemann observed that 'the observation of an increase in protein production just before cells decide to begin a new division cycle is very intriguing. We will have to look into this, to find out the processes underlying this increase and of course, what molecular mechanisms are involved'.

Cells invest substantial resources in the process of their division. The question of how they 'decide' to initiate division is an important one. Scientists from the University of Groningen and colleagues in Switzerland have discovered a possible trigger for this 'decision'. Specifically, they have found that immediately prior to the division of budding yeast cells, there is a significant increase in the concentration of the highly unstable Cln3 protein, which is an important regulator of cell division. This increase in Cln3 may serve as a signal that enables the cell to assess whether existing environmental conditions are favorable for protein production, which is important for cell division.

Ramping up to divide: An unstable protein is the master switch for cell division 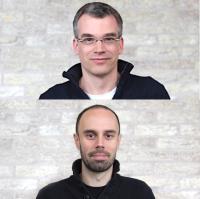 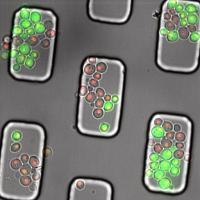