DURHAM, N.C. -- A new Duke University-led study finds that more than 200 bird species in six rapidly developing regions are at risk of extinction despite not being included on the International Union for Conservation of Nature (IUCN) Red List.

Of the 600 species, only 108 are currently classified by the IUCN Red List as being at risk of extinction.

The new analysis, however, reveals that 210 of the species face accelerated risks of extinction and 189 of them should now be classified as threatened, based on the extent and pace of habitat loss documented by recent remote sensing.

"Good as it is, the Red List assessment process dates back 25 years and does not make use of advances in geospatial technologies," said Stuart L. Pimm, Doris Duke Professor of Conservation Ecology at Duke's Nicholas School of the Environment. "We have powerful new tools at our fingertips, including vastly improved digital maps, regular global assessments of land use changes from satellite images, and maps showing which areas of the planet are protected by national parks."

By not incorporating this type of modern geospatial data directly into its assessments, Pimm said, the Red List is underestimating the number of species at risk and causing scientists and policymakers to overlook priority areas for conservation.

"The Red List employs rigorously objective criteria, is transparent, and democratic in soliciting comments on species decisions," he stressed. "That said, its methods are seriously outdated."

For instance, while the Red List currently includes estimates of the size of a species' geographical range in its assessment process, it fails to account for how much preferred habitat remains within that range, said Natalia Ocampo-Peñuela, the new study's lead author, who received her Ph.D. from Duke earlier this year.

"Some bird species prefer forests at mid-elevations, while others inhabit moist lowland forests," she said. "Knowing how much of this preferred habitat remains -- and how much of it has been destroyed or degraded -- is vital for accurately assessing extinction risks, especially for species that have small geographical ranges to begin with. But it's ignored in the current Red List assessment process."

"When these factors are accounted for, some species that are not currently considered at risk of extinction likely have ranges that are smaller than those that the Red List otherwise quite sensibly decides are at risk," said study co-author Clinton Jenkins, who directs the biodiversity mapping site http://www.biodiversitymapping.org.

Added Ocampo-Peñuela, "Natural habitats in the most biodiverse places on Earth are disappearing, pushing species toward extinction a thousand times faster than their natural rates. Preventing these extinctions requires knowing what species are at risk and where they live," she said. "With better data we can make better decisions, and have a greater chance of saving species and protecting the places that matter."

Funding came from the Fulbright Scholarship Program, the Ciencia Sem Fronteiras Program (#A025_2013), the National Science Foundation (#1106401), and the China Scholarship Council. 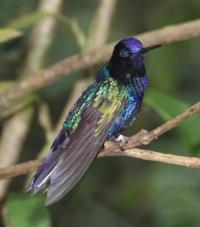 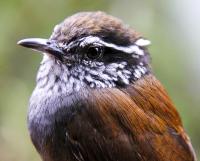