Scientists no longer have to worry about their bottles of mouse sperm breaking in transit. Researchers in Japan have developed a way to freeze dry sperm on a plastic sheet in weighing paper so that samples can withstand being mailed via postcard. This method allows for mouse sperm to be transported easily, inexpensively, and without the risk of glass cases breaking. The paper appears August 5th in the journal iScience.

“When I developed this  method for preserving mouse sperm by freeze-drying it on a sheet, I thought that it should be able to be mailed on a postcard, and so when offspring were actually born after being mailed, I was very impressed,” says first author Daiyu Ito of the University of Yamanashi in Japan. “The postcard strategy was easier and cheaper compared to any other method. We think the sperm never expected that the day would come when they would be in the mailbox.”

Ito is part of Teruhiko Wakayama’s lab, which had previously been the first team to succeed in freeze-drying and preserving mammalian sperm, which they sent to the space station to study the effects of space radiation on baby mice. The sperm was originally preserved in a glass ampule, which is a bottle made of glass; although these bottles were small, they were quite bulky and broke easily, rendering the sperm they carried unusable. The team needed large volumes of mouse sperm for their research in space, but because cushions had to be used to prevent breakage during the rocket launch, they could only carry a small amount.

Thus, with these setbacks in mind, the lab began its search for a new preservation method—one that didn’t break or require much preservation space. Plastic sheets were the best fit because they were compact and wouldn’t break. But the sheets were toxic for the sperm, so the team tried and failed as they tested various materials to go inside the plastic sheets. Finally, the researchers discovered that weighing paper was the easiest to handle and had the highest offspring rate.

With the new method of preservation, thousands of mouse strain’s sperm could be stored in a single book, dubbed the “sperm book” by the scientists. The book was stored in a freezer at -30°C until further use for experiments.

Ito, Wakayama, and team wanted to figure out if the sperm would still be potent after being mailed tens of miles and, to their delight, it was. The scientists were able to mail the mouse sperm from the “sperm book” as postcards by attaching the plastic sheet to the postcard with no protection. One scientist even sent another a “Happy New Year” card with mouse sperm attached as a gift.

The scientists believe that the “sperm book” and mailing method, once perfected, will have a strong impact in their field worldwide. Their next goal is to be able to store them for at least one month at room temperature. In the future, they also hope to develop a method that will allow the freeze-dried sperm to come back to life and fertilize on their own when they are rehydrated.

“It is now recognized that genetic resources are an asset to humanity’s future. Even though many genetic traits are not needed for survival, depending on the environmental context, it is necessary to preserve them.” says senior author Teruhiko Wakayama, also of the University of Yamanashi in Japan. “The plastic sheet preservation method in this study will be the most suitable method for the safe preservation of a large amount of valuable genetic resources because of the resistance to breakage and less space required for storage.”

The authors declare no conflicts of interests. 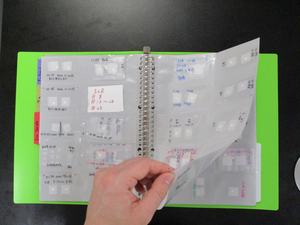 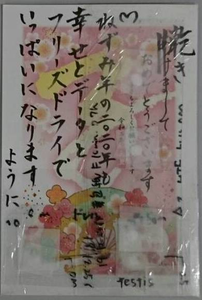 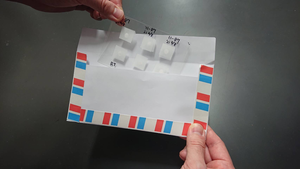 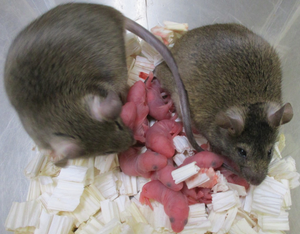