For the first time, researchers have been able to prove that city lights limit the ability of nocturnal animals to navigate by natural light in the night sky. Instead, they are forced to use streetlamps, neon light or floodlights to orient themselves. The findings are published in Current Biology.

Some animals, including migratory birds, seals and moths, use light from the moon, stars and Milky Way to navigate at night. A team of researchers at Lund University in Sweden and the University of the Witwatersrand in South Africa have now shown how nocturnal dung beetles are forced to search for cues in their immediate surroundings when they can no longer navigate using natural light from the night sky.

“These beetles are forced to abandon their celestial compass and orient using artificial light instead”, says James Foster at the University of Würzburg in Germany, who led the study during his time at Lund University.

The Lund University team previously received a great deal of attention for their investigation into how dung beetles orient themselves using the Milky Way as they roll their balls of dung over the South African savannah. The new study investigates how light pollution affects the beetles’ ability to orient themselves according to compass references in the night sky.

The experiments took place over several nights in two different locations in South Africa. One location was a light-polluted site on the roof of a building in central Johannesburg, while the other was in rural Limpopo, where the stars illuminated an otherwise dark sky. The result was unambiguous: the dung beetles were unable to use their celestial compass in the presence of light pollution. Instead, they moved towards the streetlights and illuminated buildings. In addition, several individuals often moved towards the same light source in the surroundings. Under natural conditions, these beetles tend to disperse in all directions, steering clear of one another and thereby avoiding confrontation.

“We believe that light pollution can have an equivalent effect on moths, forcing them to abandon their compass and fly towards the artificial light, in order to have any signals at all to orient themselves by”, says Maria Dacke, professor at Functional zoology at Lund University.

According to the researchers, it is likely that the animals living on the outskirts of cities are the ones most affected by light pollution—without stars or streetlights to guide them.

“In our experiments, we observed how beetles that viewed direct light pollution behaved unnaturally, but remained oriented. The ones that could only see the light-polluted night sky, but could not see any illuminated buildings or streetlights, became completely disoriented”, concludes Foster. 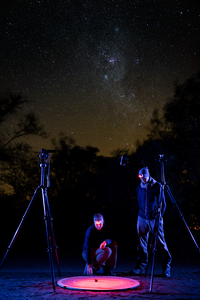 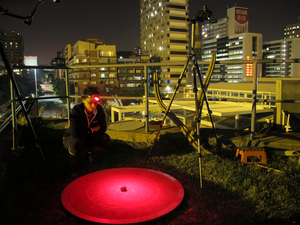