The effective control of heat transfer is of great significance to improve energy efficiency. Thermal diode is one of the key elements for heat flow controlling. Similar to the current rectification effect of electronic diodes, heat flow is easily directed through one direction in a thermal diode, while obstructed in the opposite direction. Sizable heat rectification can be obtained using a junction of two solid materials with opposite trends in thermal conductivity as a function of temperature. This type of thermal diodes is attractive due to their scalability and analogy to electrical diode design.

A team led by Prof. TONG Peng from the Hefei Institutes of Physical Science (HFIPS) of the Chinese Academy of Sciences (CAS) had reported that they've found sulfides Ni1-xFexS, a series of materials that may unlock new ways to better thermal rectification.

Recently, the same team announced that they constructed a novel thermal diode with a combined material of Ni0.85Fe0.15S and alumina, which displayed excellent performance over solid-state thermal diodes ever reported. Their up-to-date result was published on Journal Physical Review Applied.

The Ni0.85Fe0.15S/Al2O3 thermal diode shows advantages over other solid-state thermal diodes ever reported. Namely, its γmax is the largest among the reported values, meanwhile the requested temperature bias for driving γmax is at least 100 K less than that of reported thermal diodes having comparable γmax values.

The outstanding thermal rectification effect of the current thermal diode may have potential applications in thermal management systems, for example, caloric refrigeration and energy conversion.

Moreover, on the base of systematical experimental and theoretical analysis, the team clarified how the thermal rectification factor is affected by the cold terminal temperature, the length ratio of Ni0.85Fe0.15S and Al2O3 segments, and the sharpness of the FOPT of Ni0.85Fe0.15S. 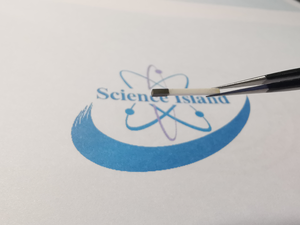