DUARTE, Calif. — Researchers led by City of Hope, a world-renowned research and treatment center for cancer, diabetes and other life-threatening diseases, have developed a powerful miniature brain platform to study the mechanistic causes of Alzheimer’s disease and to test dementia drugs in development, reports a new study published today in Advanced Science.

“Drug development for Alzheimer’s disease has run into challenges due to incomplete understanding of the disease’s pathological mechanisms,” said Yanhong Shi, Ph.D., the Herbert Horvitz Professor in Neuroscience and director of the Division of Stem Cell Biology Research within the Department of Developmental and Stem Cell Biology at Beckman Research Institute of City of Hope.

“Preclinical research in this arena predominantly uses animal models, but there is a huge difference between humans and animals such as rodents, especially when it comes to brain architecture. We, at City of Hope, have created a miniature brain model that uses human stem cell technology to study Alzheimer’s disease and, hopefully, to help find treatments for this devastating illness.”

City of Hope researchers were able to model sporadic Alzheimer’s disease, the most common form of the condition, using “brain organoids” derived using human induced pluripotent stem cell (hiPSC) technology. Because Alzheimer’s is a disease of age, the scientists exposed the models to serum to mimic age-associated blood-brain barrier breakdown. Then they ran the organoids through different experiments to test known Alzheimer’s biomarkers, including elevated levels of amyloid plaques and tau tangles as well as synaptic breaks linked to cognitive decline, among other pathological phenotypes brought on by the condition.

More than 6 million people are living with Alzheimer’s disease, which kills more people than breast and prostate cancer combined, reports the Alzheimer’s Association. The heartbreaking degenerative disease affects not only the individual diagnosed with the condition, but also their primary caregiver, family and friends. No cure currently exists, and available treatments merely address symptoms rather than the root cause.

“Other studies using brain organoids to examine Alzheimer’s disease used miniature brain models that are phenotypically young, but to truly understand what happens when Alzheimer’s strikes, we need to use age-associated models, and that’s what we did in this research project when we exposed the miniature brains to serum,” said Xianwei Chen, Ph.D., first author of the study and postdoctoral fellow at City of Hope. “We believe the age-associated brain organoids we generated will provide a powerful platform for us to find effective treatments for disorders affecting the human body’s most complex organ.”

Preclinical research using brain organoids found that exposure to serum from blood could induce multiple Alzheimer’s symptoms, suggesting combination therapies targeting multiple pathological alterations likely would be more effective than single-target therapies currently in development. The researchers studied late-onset or sporadic Alzheimer’s disease, which accounts for most cases (95% sporadic vs. 5% inherited). They found that attempting a single therapy — for example inhibiting only amyloid or tau proteins — did not reduce the levels of tau or amyloid, respectively, suggesting that these two key biomarkers likely cause disease progression independently. Moreover, exposure to serum from blood — which mimics a leaky blood-brain barrier — could cause breaks in synaptic connections that help brains remember things and function properly.

Matt Huentelman, Ph.D., professor of neurogenomics at the Translational Genomics Research Institute (TGen), said the brain model developed by City of Hope provides a new avenue for examining emerging treatments for this memory-robbing disease. Huentelman is a leading expert in the genetic study of Alzheimer’s disease and was not part of this study.

“Using the model developed in this City of Hope-led study could help accelerate the evaluation of potential treatment options, giving a new sense of hope to Alzheimer’s patients and their families,” he said.

About City of Hope
City of Hope is an independent biomedical research and treatment center for cancer, diabetes and other life-threatening diseases. Founded in 1913, City of Hope is a leader in bone marrow transplantation and immunotherapy such as CAR T cell therapy. City of Hope’s translational research and personalized treatment protocols advance care throughout the world. Human synthetic insulin, monoclonal antibodies, and numerous breakthrough cancer drugs are based on technology developed at the institution. Translational Genomics Research Institute (TGen) became a part of City of Hope in 2016. AccessHopeTM, a wholly owned subsidiary, was launched in 2019, dedicated to serving employers and their health care partners by providing access to City of Hope’s exceptional cancer expertise. A National Cancer Institute-designated comprehensive cancer center and a founding member of the National Comprehensive Cancer Network, City of Hope is ranked among the nation’s “Best Hospitals” in cancer by U.S. News & World Report. Its main campus is located near Los Angeles, with additional locations throughout Southern California and in Arizona. For more information about City of Hope, follow us on Facebook, Twitter, YouTube or Instagram. 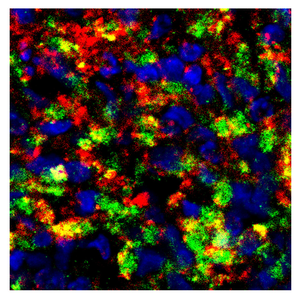 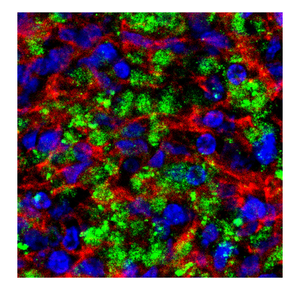