Humans adapt through language and culture, passing down knowledge from one generation to the next. Corn plants can’t talk, so they solve the problem of adaptability in a different way: they use “jumping genes” to shuffle the genetic deck over generations. Jumping genes—now called transposons—were discovered by Nobel Prize-winning Cold Spring Harbor Laboratory (CSHL) geneticist Barbara McClintock in the 1940s. Decades later, CSHL scientists are still expanding on her work. Doreen Ware, a CSHL adjunct professor and research scientist at the US Department of Agriculture (USDA) and her colleagues, published genome sequences from 26 different strains of corn in the journal Science. The genomes describe a large portion of the genetic diversity found in modern corn plants, including transposons and genes that regulate desired crop traits.

Corn has been bred to grow in various climates of the world, from temperate to tropical, and from highlands to lowlands. Ware says:

“Humans have brains. Our main adaptive component is our ability to transfer culture and knowledge, right? And that’s how we deal with our environment. A plant’s strategy is to have a fluid genome. They have a very intimate relationship with these transposons, where they use them to bring in new genetic diversity so that they can deal with these events because they can’t run away. They’re not going to go into the house, and they’re not going to move water to them.”

Ware and her colleagues, including CSHL Professor & HHMI Investigator Rob Martienssen and CSHL Professor W. Richard McCombie, mapped the first corn genome in 2009; they have been filling in gaps ever since. Like a continental landscape, genomic maps have areas that are full of features (like well-mapped cities), whereas others are more like deserts (vast and uncharted). With recent techniques, the team of scientists charted difficult stretches of the genome, even the deserts. These complete genomes allow researchers to locate and study both important crop genes and the nearby regions that regulate their use. Ware notes, “we had little access to the regulatory architecture of corn before.”

The new collection reveals how the corn genome was shuffled over time. Ware says:

Corn is one of the most common agricultural staples in the world, with more than 366 million metric tons grown in the US from 2018 to 2019. Equipped with more detailed maps of the corn genome, scientists have a head start in developing crops for a rapidly changing climate. Ware explains, “The Midwest is not going to have the same temperature profile twenty years from now. The genomes provide broader insights into corn genetics, and this, in turn, can be used to start optimizing corn to grow in future environments.”

The project was a multi-institutional effort with researchers at CSHL, USDA, University of Georgia, Iowa State University, University of Minnesota, and Corteva Agriscience. The new collection of genomes is available online at http://maize-pangenome.gramene.org/.

The secret history of corn is revealed in its genome 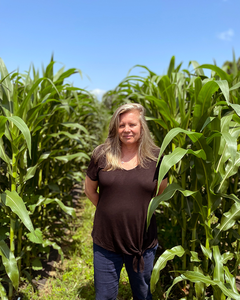