For perhaps the first time ever, researchers have mapped out the true extent of habitat loss for salmon in the Lower Fraser River, one of the most important spawning and rearing grounds for Pacific salmon in B.C.

Salmon have lost access to as much as 85 per cent of their historical floodplain habitat—the biologically rich wetlands next to a river or stream that typically harbour wildlife—due to dikes and similar infrastructure, say researchers at UBC and the Raincoast Conservation Foundation.

“Only around 101 square kilometers out of an estimated 659 square kilometers of historical floodplains remain accessible to salmon,” says lead author Riley Finn, a research associate with the Conservation Decisions Lab in the faculty of forestry at UBC.

“This loss is particularly critical for populations of coho and Chinook, which rely more heavily on these habitats for rearing, compared to other types of salmon,” says Finn.

The team also found that up to 64 per cent of streams are now off-limits to salmon due to in-stream barriers like dams, floodgates and road culverts, blocking off important channels for migrating salmon, which spend part of their lives at sea but return to their natal streams to spawn and rear their young.

According to Finn, there are currently more than 1,200 barriers preventing salmon from accessing approximately 2,224 kilometers of streams.

The results of the study reveal the magnitude of the loss of salmon habitat in Canada’s most productive salmon river, says senior author Dr. Tara Martin, a professor of forest and conservation sciences at UBC, and suggests this loss of habitat is a major contributor to current salmon declines.

“Fraser salmon are being impacted by multiple threats in both their freshwater and marine habitats,” says Dr. Martin.

“If salmon do not have sufficient habitat to breed and complete their life cycle, then none of the other conservation management actions we take will matter.”

In order to come up with their assessments, the researchers studied historical vegetation records, old surveyor and topographical maps dating back to the 1850s, as well as other records pertaining to the Lower Fraser–a region that spans 20,203 square kilometers between Hope and Boundary Bay in South Delta.

“Given the magnitude of habitat loss in the Fraser, large-scale habitat protection and restoration is a key component in efforts to restore wild populations of salmon to the Lower Fraser,” adds Dr. Martin. “We are using these results to identify priority areas to remove barriers and restore salmon habitat to have the greatest benefits for salmon recovery.” 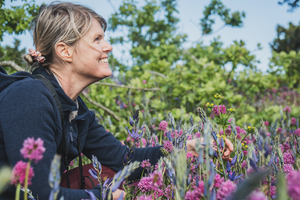 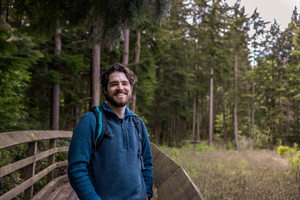