Scientists in Australia and in the USA have solved a long-standing mystery about the Sun that could help astronomers predict space weather and help us prepare for potentially devastating geomagnetic storms if they were to hit Earth.

The Sun’s internal magnetic field is directly responsible for space weather – streams of high-energy particles from the Sun that can be triggered by solar flares, sunspots or coronal mass ejections that produce geomagnetic storms. Yet it is unclear how these happen and it has been impossible to predict when these events will occur.

Now, a new study led by Dr Geoffrey Vasil from the School of Mathematics & Statistics at the University of Sydney could provide a strong theoretical framework to help improve our understanding of the Sun’s internal magnetic dynamo that helps drive near-Earth space weather.

The Sun is made up of several distinct regions. The convection zone is one of the most important – a 200,000-kilometre-deep ocean of super-hot rolling, turbulent fluid plasma taking up the outer 30 percent of the star’s diameter.

However, these cells have never been found, a long-standing problem known as the ‘Convective Conundrum’.

Dr Vasil said there is a reason for this. Rather than circular cells, the flow breaks up into tall spinning cigar-shaped columns ‘just’ 30,000 kilometres across. This, he said, is caused by a much stronger influence of the Sun’s rotation than previously thought.

“You can balance a skinny pencil on its point if you spin it fast enough,” said Dr Vasil, an expert in fluid dynamics. “Skinny cells of solar fluid spinning in the convection zone can behave similarly.”

The findings have been published in the Proceedings of the National Academy of Sciences of the United States of America.

“We don’t know very much about the inside of the Sun, but it is hugely important if we want to understand solar weather that can directly impact Earth,” Dr Vasil said.

“Strong rotation is known to completely change the properties of magnetic dynamos, of which the Sun is one.”

Dr Vasil and collaborators Professor Keith Julien of the University of Colorado and Dr Nicholas Featherstone at Southwest Research Institute in Boulder, say that this predicted rapid rotation inside the Sun suppresses what otherwise would be larger-scale flows, creating more variegated dynamics for the outer third of the solar depth.

“By properly accounting for rotation, our new model of the Sun fits observed data and could dramatically improve our understanding of the Sun’s electromagnetic behaviour,” said Dr Vasil, who is the lead author of the study.

In the most extreme cases, solar geomagnetic storms can shower the Earth with pulses of radiation capable of frying our sophisticated global electronics and communication infrastructure.

A huge geomagnetic storm of this type hit Earth in 1859, known as the Carrington Event, but this was before our global reliance on electronics. The fledgling telegraph system from Melbourne to New York was affected.

“A similar event today could destroy trillions of dollars’ worth of global infrastructure and take months, if not years, to repair,” Dr Vasil said.

A small-scale event in 1989 caused massive blackouts in Canada in what some initially thought might have been a nuclear attack. In 2012 a solar storm similar in scale to the Carrington Event passed by Earth without impacting, missing our orbit around the Sun by just nine days.

“The next solar max is in the middle of this decade, yet we still don’t know enough about the Sun to predict if these cyclical events will produce a dangerous storm,” Dr Vasil said.

“While a solar storm hitting Earth is very unlikely, like an earthquake, it will eventually happen and we need to be prepared.”

Solar storms emerging from within the Sun can take from several hours to days to reach Earth. Dr Vasil said that better knowledge of the internal dynamism of our home star could help planners avoid disaster if they have enough warning to shut down equipment before a blast of energetic particles does the job instead.

“We cannot explain how sunspots form. Nor can we discern what sunspot groups are most prone to violent rupture. Policymakers need to know how often it might be necessary to endure a days-long emergency shutdown to avoid a severe catastrophe,” he said.

Dr Vasil and his colleagues’ theoretical model will now need to be tested through observation to further improve the modelling of the Sun’s internal processes. To do this, scientists will use a technique known as helioseismology, to listen inside the beating heart of the star.

“We hope our findings will inspire further observation and research into the driving forces of the Sun,” he said.

This could involve the unprecedented launch of polar orbiter observational satellites outside the elliptical plane of the Solar System.

DOWNLOAD images of Dr Geoffrey Vasil, the paper and the NASA image here.

Solving solar puzzle could help save Earth from planet-wide blackouts 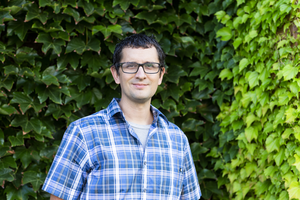 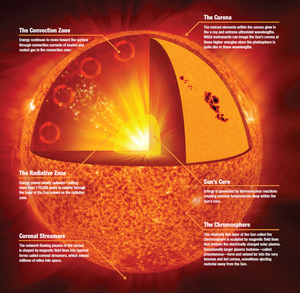