Modern cetaceans — which include dolphins, whales and porpoises — are well adapted for aquatic life. They have blubber to insulate and fins to propel and steer. Today’s cetaceans also sport a unique type of nasal passage: It rises at an angle relative to the roof of the mouth — or palate — and exits at the top of the head as a blowhole.

This is an apt adaptation for an air-breathing animal at home in the water. Yet as embryos, the cetacean nasal passage starts out in a position more typical of mammals: parallel to the palate and exiting at the tip of the snout, or rostrum. Cetacean experts have long puzzled over how the nasal passage switches during embryonic and fetal development from a palate-parallel pathway to an angled orientation terminating in a blowhole.

“The shift in orientation and position of the nasal passage in cetaceans is a developmental process that’s unlike any other mammal,” said Rachel Roston, a postdoctoral researcher at the University of Washington School of Dentistry. “It’s an interesting question to see what parts remain connected, what parts shift orientation and how might they work together through a developmental process to bring about this change.”

New research by Roston and V. Louise Roth, a professor of biology at Duke University, is shedding light on this process. By measuring anatomical details of embryos and fetuses of pantropical spotted dolphins, they determined the key anatomical changes that flip the orientation of the nasal passage up. Their findings, published July 19 in the Journal of Anatomy, are an integrative model for this developmental transition for cetaceans.

“We discovered that there are three phases of growth, primarily in the head, that can explain how the nasal passage shifts in orientation and position,” said lead author Roston, who began this study as a doctoral student at Duke.

The three phases of growth are:

“While the nose moves to the top of the head, many of the important angular changes are actually in the bottom, or base, of the skull. That’s not necessarily something you’d expect to find!” said Roston.

The three phases of growth do not unfold in a step-by-step process, but instead overlap with each other temporally, Roston said. They represent distinct developmental transformations that, put together, shift the nasal passage to the top of the head.

For comparison, they obtained data from eight fin whale fetuses, also at the National Museum of Natural History, and found significant differences between them and the pantropical spotted dolphin. In fin whales, the skull folded in a region in the back of the skull, near where the skull joins with the vertebral column. In the pantropical spotted dolphin, the folding is centered near the middle of the skull.

The model Roston and Roth developed could inform how scientists view cetacean evolution. These creatures began to evolve from a four-legged, land-dwelling mammalian ancestor, which had a nasal passage parallel to the palate, more than 50 million years ago. As cetaceans evolved, the blowhole gradually migrated from the tip of the snout to the back of the snout, and then gradually up to the top of the skull.

In addition, the two species represent different branches of the cetacean family tree that diverged more than 30 million years ago. Dolphins — along with porpoises, orcas, sperm whales and beaked whales — are odontocetes, commonly known as toothed whales. Fin whales are from a group called the baleen whales, named for their distinct feeding apparatus.

“I’m struck by two interesting discoveries that emerged from this work,” said Roth. “Although they both develop blowholes, there are key differences between a baleen and a toothed whale in how they reorient their nasal passages during development. Moreover, surprisingly, accompanying the processes of developing upwardly oriented nostrils there are profound changes within the braincase.”

In the future, examining more species from both lineages could indicate whether all baleen and toothed whales differ in this manner, Roston said.

“This model gives us a hypothesis for the developmental steps that had to occur to make that anatomical transformation happen, and will serve as a point of comparison for additional studies of growth and development in whales, dolphins and porpoises,” said Roston.

The research was funded by Duke University. Roston has also been supported by the National Institutes of Health.

For more information, contact Roston at rroston@uw.edu and Roth at vlroth@duke.edu.

Now how did that get up there? 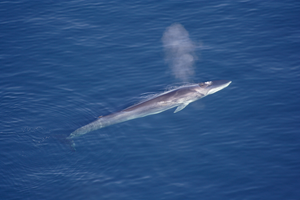 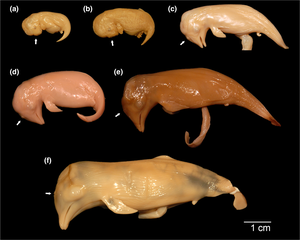 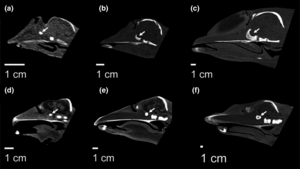