PITTSBURGH, Aug. 11, 2021 – More than 100 resolutions, declarations or other legislative pieces naming racism as a public health crisis were passed in states and cities in the U.S. by fall of 2020, but less than 1 in 5 explicitly mentioned funding for initiatives and actions, according to a new analysis led by researchers at the University of Pittsburgh Graduate School of Public Health.

The findings, published today in the journal Frontiers in Public Health, document an acceleration in public policy recognition of the health impacts of racism after greater national attention was brought to inequities exposed by the COVID-19 pandemic and murders of George Floyd and Breonna Taylor.

“The fact that these resolutions and declarations garnered enough support to pass in multiple state and local governments is worthy of celebration,” said lead author Dara Méndez, Ph.D., M.P.H., assistant professor of epidemiology and interim director of the Center for Health Equity at Pitt Public Health. “Simultaneously, it signals an opportunity to advocate for further action to eliminate racism, which has well-documented negative effects on the health of individuals and communities. There is strength in having local entities lead local efforts, but there are some limitations when there is no action and investment at the state and federal level as well.”

Multiple studies have linked racist practices—such as residential segregation and discrimination in lending—to adverse health outcomes, including infant mortality, low birth weight, cancer and heart disease. Méndez’s research focuses on the effects of racism on maternal and infant health, and her testimony before Pittsburgh City Council in 2019 informed three bills adopted by the city in December 2019 that also led to legislation at the county level. These bills included language related to forming an equity commission, creating a specific fund for initiatives and committing to 10 efforts aimed at eliminating inequities.

Méndez and her colleagues analyzed declarations and resolutions adopted by cities, counties and states prior to October 2020 that were related to racism as a public health crisis. They identified 128 such documents in 25 states, only five of which had been adopted prior to 2020. Only Wisconsin, Nevada and Michigan had passed resolutions at the state level before the data collection’s conclusion.

Almost half of the municipalities included historical examples of racism at a national level, and about a third had examples at local levels. The four most common themes mentioned were systemic racism, COVID-19, social determinants of health and specific health outcomes.

“It seems that the confluence of COVID-19 and the death of George Floyd catalyzed a rapid proliferation of declarations of racism as a public health crisis, as many of the declarations specifically note these events,” said co-author Jewel Scott, Ph.D., R.N., a postdoctoral fellow in Pitt’s Department of Psychiatry. “Overall, though, action steps were largely absent.”

The team classified action items as “passive”—conveying a commitment to advocate for equitable practices and facilitate discussions—or “active,” which include specific plans to enact equitable and systemic changes in communities, as well as future investment. Of the 128 declarations, 32, or 25%, named active action items, and 22 declarations, or 17%, contained language related to funding. Ultimately, only four—Long Beach and San Luis Obispo, California, Boston, and Lansing, Michigan—explicitly mention the amount of funding they plan to put toward action items and reform.

Following the review, the researchers made several recommendations to ensure the resolutions and declarations achieve the goal of addressing racism as a public health crisis, including turning passive ideas into tangible actions, committing to transparency and direct partnerships with communities, allocating specific funds to execute initiatives, fostering inclusion of historically and contemporarily oppressed groups and holding public institutions accountable for enacting change and documenting the impact of their efforts.

“Intentional action is necessary to move these declarations from the performative space to actual anti-racism intervention,” said Méndez. “And we can all play a part in making that happen. Change happens locally, and it is the dedicated grassroots efforts of community members pushing this work forward and holding our elected leaders accountable that benefit everyone.”

Additional authors of this research are Linda Adodoadji, Christina Toval, Monica McNeil and Mahima Sindhu, all student scholars at Pitt.

This research was supported in part by National Institutes of Health grants R01HL135218 and 5T32HL007560, and Pitt’s Momentum Fund Teaming Grant for the Black Women and Femmes Health Project.

To read this release online or share it, visit https://www.upmc.com/media/news/081121-mendez-racism-ph-crisis [when embargo lifts].

About the University of Pittsburgh Schools of the Health Sciences
The University of Pittsburgh Schools of the Health Sciences include the schools of Medicine, Nursing, Dental Medicine, Pharmacy, Health and Rehabilitation Sciences and the Graduate School of Public Health. The schools serve as the academic partner to the UPMC (University of Pittsburgh Medical Center). Together, their combined mission is to train tomorrow’s health care specialists and biomedical scientists, engage in groundbreaking research that will advance understanding of the causes and treatments of disease and participate in the delivery of outstanding patient care. Since 1998, Pitt and its affiliated university faculty have ranked among the top 10 educational institutions in grant support from the National Institutes of Health. For additional information about the Schools of the Health Sciences, please visit www.health.pitt.edu.

Surge in legislation addressing racism as a public health crisis 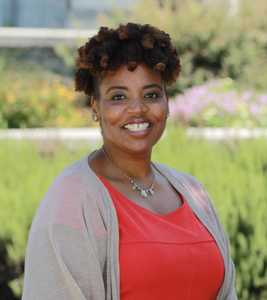