The next time you see an online offer or go to the grocery store, notice whether there are two choices or three. A common marketing trick is to present three choices: the third choice is designed to shift your attention toward the more expensive product. For example, given a small cup of coffee for $3 or a large cup for $5, most choose the smaller cup. But when a third, medium-sized cup costs $4.50, most end up buying the $5 cup, because it suddenly looks like a bargain. Similar set-ups influence everything from travel decisions to voting behavior.

The third choice is called a “decoy” because it shifts the consumer’s attention away from their initial decision.

Not only humans, but birds, bees and even slime-molds make irrational food choices, so Claire Hemingway, who recently received her doctorate from the University of Texas, was surprised when she found that frog-eating bats are quite rational about their diet. Then she discovered that fruit-eating bats are more like us, falling for this common marketing trick.

By far the most common bat in lowland tropical forests from Mexico to northern South America, the Jamaican Fruit Bat, known to scientists as Artibeus jamaicensis, or A.J., happily feasts on figs and other fruit and is vital to the ecosystem because it spreads seeds from place to place. The fact that it is so easy to catch makes it an ideal study subject.

“Claire is looking at the irrational choices in human decision-making and is asking if the same is true with bats,” said Rachel Page, Claire’s STRI advisor. “Her studies are multidisciplinary and cross some really interesting lines: animal behavior, economics, marketing theory and cognition.”

A.J.’s prefer not to dine alone, so Claire caught them in mist nets in the forest and then set up dinner parties of three or four bats at a time in a flight cage as they got used to their new surroundings. Then, one by one (so they wouldn’t be influenced by the others) she presented them with food choices and recorded their choices on security cameras.

“When I gave them two choices, between ripe bananas and ripe papaya, they didn’t have a strong preference for either, but when I give them a third choice, unripe bananas, they almost always went for the ripe bananas.” The presence of the decoy, the unripe bananas, changed their behavior.

Some researchers who study decision-making in humans think rationality is the exception rather than the rule, but previously, Claire found that frog-eating bats (Trachops cirrhosus) evaluated each of the food options she offered them, were not influenced by dietary decoys, and made rational decisions about what to eat. In fact, in a follow-up study, Claire found that their decisions were also considered transitive: if they chose A over B, and B over C, they would also choose A over C. In other words, their choices did not change depending upon which options they were offered.

“Not only are these bats close relatives (both belonging to the same bat family, the Phyllostomidae), but they are found in the same forests, roosting in close proximity,” said Claire. “To me, this suggests that other factors, such as diet, might be more important in producing rational and irrational behaviors. For instance, predators, like Trachops, that forage on mobile, evasive prey (frogs), might have evolved different decision-making strategies than animals foraging on mutualistic prey, such as the AJ’s that do trees a favor by dispersing their fruit.”

“People are going to have to compare different, closely related species to find out how diet may influence these biases in decision making.”

She made other fascinating discoveries along the way: When she trained frog-eating bats to associate food rewards with two different cel phone ring tones, the bats were more likely to approach a ringtone previously associated with a food reward given when they were hungry as compared to the tone associated with food given when they were already full. And when she gave the bats choices between different sized groups of tiny túngara frogs, they clearly preferred the large groups to the smaller groups, but had trouble discriminating between groups with similar numbers of frogs. Her next step is a post-doctoral fellowship to ask the same questions about bumblebees.

“Bees are easy to work with,” Claire said. “And it will be amazing if we can find out exactly what drives their behavior.”

Exploring how animals and insects make decisions not only helps us appreciate their abilities, it also allows us to tease apart the factors that go into human decision-making. How do we choose between resources; how do our brains work; how does the way we perceive the world influence the choices we make?

What happens when bats are given three choices? 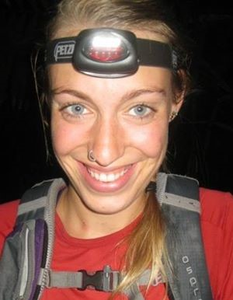 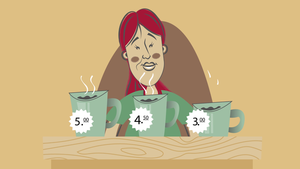