The inheritance of several coat color patterns in dogs has been controversially debated for decades. Researchers including Tosso Leeb from the Institute of Genetics of the University of Bern have now finally been able to solve the puzzle. Not only did they clarify how the coat color patterns are genetically controlled, but the researchers also discovered that the light coat color in white arctic wolves and many modern dogs is due to a genetic variant originating in a species that went extinct a long time ago. The study has just been published in the scientific journal Nature Ecology and Evolution.

Two pigments and a "switch" for all coat colors

Wolves and dogs can make two different types of pigment, the black one, called eumelanin and the yellow, pheomelanin. A precisely regulated production of these two pigments at the right time and at the right place on the body gives rise to very different coat color patterns. Prior to the study, four different patterns had been recognized in dogs and several genetic variants had been theorized which cause these patterns. However, commercial genetic testing of these variants in many thousands of dogs yielded conflicting results, indicating that the existing knowledge on the inheritance of coat color patterns was incomplete and not entirely correct.

For the first time, the researchers characterized these two promoters in detail, in hundreds of dogs. They discovered two variants of the ventral promoter. One of the variants conveys the production of normal amounts of agouti signaling protein. The other variant has higher activity and causes the production of an increased amount of agouti signaling protein. The researchers even identified three different variants of the hair cycle-specific promoter. Starting with these variants at the individual promoters, the researchers identified a total of five different combinations, which cause different coat color patterns in dogs. "The textbooks have to be rewritten as there are five instead of the previously accepted four different patterns in dogs", Leeb says.

Unexpected insights on the evolution of wolves

As many genomes from wolves of different regions on earth have become publicly available, the researchers further investigated whether the identified genetic variants also exist in wolves. These analyses demonstrated that the variants for overactive ventral and hair cycle-specific promoters were already present in wolves prior to the domestication of modern dogs, which started approximately 40,000 years ago. Most likely, these genetic variants facilitated adaptation of wolves with a lighter coat color to snow-rich environments during past ice ages. Today, the completely white arctic wolves and the light colored wolves in the Himalaya still carry these genetic variants.

Further comparisons of the gene sequences with other species of the canidae family yielded very surprising results. The researchers were able to show that the overactive variant of the hair cycle-specific promoter in light-colored dogs and wolves shared more similarities with very distantly related species such as the golden jackal or the coyote than with the European grey wolf.

"The only plausible explanation for this unexpected finding is an ancient origin of this variant, more than two million years ago, in a now extinct relative of wolves", Leeb says. The gene segment must have been introgressed more than two million years ago into wolves by hybridization events with this now extinct relative of wolves. Thus, a small piece of DNA from this extinct species is still found today in yellow dogs and white arctic wolves. "This is reminiscent of the spectacular finding that modern humans carry a small proportion of DNA in their genomes from the now extinct Neandertals", Leeb adds.

International collaboration was key to success

The study was enabled by a sabbatical done by Prof. Danika Bannasch at the University of Bern with its longstanding research focus on the genetics of coat color in domestic animals. Bannasch, a professor in veterinary genetics at the University of California Davis, filtered the relevant promoter variants from thousands of other functionally neutral genetic variants. The evolutionary analyses were conducted by Christopher Kaelin und Gregory Barsh of the HudsonAlpha Institute and Standford University. 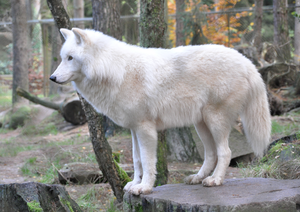 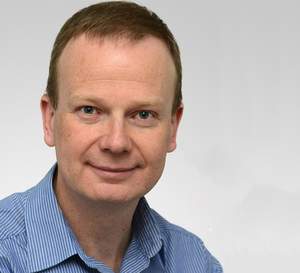