Uncontrolled blood glucose levels, which are characteristic of diabetes mellitus (DM), affect not only the internal organs but can also manifest on the skin, which is considered the largest organ of the body. The changes visible in the skin in diabetic or pre-diabetic stages often indicate the underlying biochemical, vascular, immune, and metabolic changes triggered by a faulty glucose metabolism.

The association between the occurrence of skin diseases and diabetic condition, as shown in several clinical studies, highlights the importance of consistent efforts to track the cutaneous complications of diabetes, especially in patients with type 2 diabetes mellitus (T2DM), the most common form of the disease. In this regard, a group of researchers from China and the United States examined 30 years’ worth of data to compare skin diseases in diabetic and non-diabetic Chinese adults. The study, published in Chinese Medical Journal, provides crucial insights that are likely to help in the clinical management of skin problems in diabetic individuals. This article was made available online on April 14, 2021 and was published in Volume 134 Issue 10 of the journal on May 20, 2021.

In this study, the researchers focused on the data of Da Qing Diabetes Study, a trial that was conducted more than three decades ago in 33 clinics in China. Prof. Guang-Wei Li, who led the study along with Prof. Yong Cui, both from the China-Japan Friendship Hospital, China, share their motivation for conducting the study, “Inadequate glycemic control may lead to various skin diseases which are frequently observed in patients with DM. On the other hand, the sudden appearance of abnormalities in the skin can be indicative of undiagnosed diabetes. The reports or recent clinical studies and our own experiences with patients in clinics spurred us to look deeper into available long-term data that captured the development of DM and related skin diseases.”

At its start, the Da Qing Diabetes Study identified people with impaired glucose tolerance—a prediabetic condition—and randomly divided them into groups to receive lifestyle interventions designed to prevent the development of T2DM. After the intervention phase, it continued following up with the participants, making itself an excellent source of information that helped the researchers track the course of not only T2DM over time but also the occurrences of associated diseases. Prof. Cui explains their research further: ‘’We looked into the initial data of 1986 for three groups of individuals-normal glucose tolerance (NGT), impaired glucose tolerance (IGT), and patients with T2DM. Then, we studied the follow-up data of these individuals and shortlisted 383 individuals using the 2016 data to study the occurrences of skin diseases.’’

The study may have been on the cutaneous manifestations of diabetes, but the team’s findings are anything but skin-deep. In summary, their study has helped establish a strong link between T2DM and skin diseases, and the researchers are excited about the potential implications of their findings. “Considering that blood glucose level and insulin play regulatory roles in keratin assembly and skin cell proliferation, our study reinstates the need of raising awareness among the primary care physicians and the patients about the careful dermatological examination as a part of T2DM management,” concludes Prof. Cui.

Getting under the skin: Tracing prevalence of skin diseases in type 2 diabetes mellitus 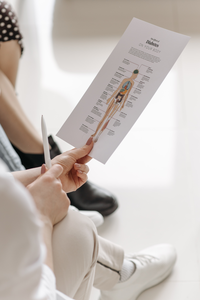