Among the sac-winged bat family, Saccopteryx bilineata is the most communicative species. Their repertoire of elaborate songs and calls are part of their courtship strategy for mating. Given the complexity of their ‘language,’ these bats start their vocal learning process at a young age. In a recent study, former Smithsonian Tropical Research Institute (STRI) visiting scientist Ahana Fernandez, discovered that, just like baby humans, S. bilineata pups ‘babble’ as part of their initial language-learning stage.

Her research, which encompasses several years, two countries (Panama and Costa Rica) and countless hours sitting quietly in front of roosting bats, has revealed behaviors that are rarely associated with non-human mammals. For instance, last year in the journal Frontiers in Ecology and Evolution, Fernandez described a phenomenon that could resemble “baby talk” or motherese when female S. bilineata mothers address their pups.

“During my first field season when I spent many hours sitting quietly in front of the animals observing them, I realized that mothers and pups interacted during the babbling practice of pups,” said Fernandez, who is currently a postdoctoral fellow in Mirjam Knörnschild’s Behavioral Ecology and Bioacoustics Lab at the Museum of Natural History in Berlin. “Especially, mothers were producing a particular call type during pup babbling.”

This behavior suggests that social feedback is important during the vocal development of this bat species, just as with humans.

In her most recent study, published in Science, Fernandez reveals that the babbling behavior of S. bilineata pups is strikingly similar to human infant babbling. They both share the same main features, including reduplication (repetition of syllables) and rhythmicity (babbling bouts with a regular beat). Much like human babies, baby bats also spend a great deal of their day either babbling, nursing or resting attached to their mothers.

“While babbling, pups learn a part of the adult vocal repertoire through vocal imitation of adult tutors,” Fernandez said. “This makes pup babbling a very interesting behavior because it tells us when learning is taking place and offers great opportunities to study if and how different factors, for example the social environment, influence learning success.”

Aside from humans, S. bilineata is the only mammal known to display babbling behavior and vocal imitation. These parallels between the vocal development of S. bilineata and humans may offer valuable insights for biolinguistics studies around the evolution of human language.

In order to conduct this type of research, Fernandez and other scientists in Knörnschild’s lab must perform very unique fieldwork: they habituate the bats to the presence of human observers close to their day-roosts, obtaining observations of their natural behaviors in a completely undisturbed environment during months and over decades. This is highly unusual for bat research as most labs work with captive animals or wild animals that are tracked automatically.

“The permanency of field sites provided by STRI is crucially important for our research because we aim to follow individually marked bats throughout their whole lives and learn as much as we can about their social interactions and communicative abilities,” said Knörnschild, who is also a research associate at STRI. “Our findings on shared babbling characteristics in bat pups and human infants would not have been possible without a deep understanding of our bats’ natural and social history for which long-term data is essential.”

Similar to Human Babies, This Bat Species Learns to Communicate Through Babbling and Vocal Imitation 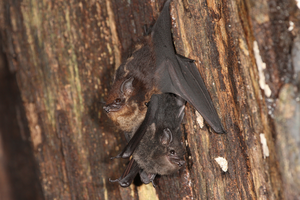 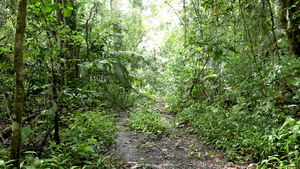