The international study was accomplished through close collaboration with several researchers and institutions from Indonesia. It was headed by Professor Johannes Krause of the Max Planck Institutes for Evolutionary Anthropology in Leipzig and the Science of Human History in Jena, Professor Cosimo Posth of the Senckenberg Centre for Human Evolution and Palaeoenvironment at the University of Tübingen, and Professor Adam Brumm of Griffith University, Australia. The study has been published in the latest edition of Nature.

The Wallacean Islands formed stepping stones in the spread of the first modern humans from Eurasia to Oceania, probably more than 50,000 years ago. Archaeological finds show that the ancestors of our species lived in Wallacea as early as 47,000 years ago. Yet few human skeletons have been found. One of the most distinctive archaeological discoveries in this region is the Toalean technology complex, dated to a much more recent period between 8,000 and 1,500 years ago. Among the objects manufactured by the people of the Toalean culture are the characteristic stone arrowheads known as Maros points. The Toalean culture has only been found in a relatively small area on the southern peninsula of Sulawesi. “We were able to assign the burial at Leang Panninge to that culture,” says Adam Brumm. “This is remarkable since it is the first largely complete and well preserved skeleton associated with the Toalean culture.”

Selina Carlhoff, doctoral candidate at the Max Planck Institute for the Science of Human History and lead author of the study, isolated DNA from the petrous bone of the skull. “It was a major challenge, as the remains had been strongly degraded by the tropical climate,” she says. The analysis showed that the Leang Panninge individual was related to the first modern humans to spread to Oceania from Eurasia some 50,000 years ago. Like the genome of the indigenous inhabitants of New Guinea and Australia, the Leang Panninge individual’s genome contained traces of Denisovan DNA. The Denisovans are an extinct group of archaic humans known primarily from finds in Siberia and Tibet. “The fact that their genes are found in the hunter-gatherers of Leang Panninge supports our earlier hypothesis that the Denisovans occupied a far larger geographical area,” says Johannes Krause.

Another piece in the great genetic puzzle

A comparison with genomic data of hunter-gatherers who lived west of Wallacea at about the same time as the Leang Panninge individual provided further clues – that data showed no traces of Denisovan DNA. “The geographic distribution of Denisovans and modern humans may have overlapped in the Wallacea region. It may well be the key place where Denisova people and the ancestors of indigenous Australians and Papuans interbred,” says Cosimo Posth.

However, the Leang Panninge individual also carries a large proportion of its genome from an ancient Asian population. “That came as a surprise, because we do know of the spread of modern humans from eastern Asia into the Wallacea region – but that took place far later, around 3,500 years ago. That was long after this individual was alive,” Johannes Krause reports. Furthermore, the research team has found no evidence that the group Leang Panninge belonged to left descendants among today’s population in Wallacea. It remains unclear what happened to the Toalean culture and its people. “This new piece of the genetic puzzle from Leang Panninge illustrates above all just how little we know about the genetic history of modern humans in southeast Asia,” Posth says.

Genome of a middle Holocene hunter-gatherer from Wallacea 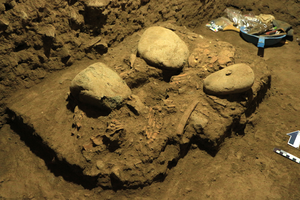 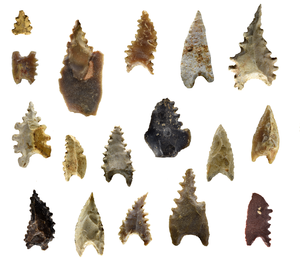