Various human implantable medical devices have been developed in recent years, and they are being used in clinical filed. These devices include brain–machine interfaces, in which a chip is implanted into the brain to enable humans to move machines using only their thoughts, and deep brain stimulators for treating Parkinson’s disease and other brain diseases. However, devices implanted into the human body may elicit an immune response from surrounding tissues, and the resulting performance degradation makes it difficult to use these devices for a long period. When a deep brain stimulator or chip is implanted into the brain, the device may not operate stably and its lifespan may be reduced owing to the actions of brain immune cells such as microglia. This would require an additional operation to replace the device.

The Korea Institute of Science and Technology (KIST) announced a joint research effort by the research team at the Brain Science Institute, led by Dr. Il-Joo Cho, and the research team at Yonsei University, led by Dr. Jung-Mok Seo, for developing a coating technology for medical devices implanted into the human body, including the brain. This technology was able to minimize tissue damage during the implantation process and inhibit the inflammatory response. In addition, the lifespan of coated devices was more than four times that of existing devices.

The developed technology involves a method for creating a thin and uniform coating of a monolayer and lubricating oil on the surface of the implantable devices. Such a coating minimizes tissue damage by reducing the friction between a device and tissues, which is generated when the device is implanted into the human body. In addition, coated devices exhibit the anti-bioadhesion property, i.e., the prevention of the adhesion of immune cells activated by the immune rejection response to the device surface.

The research team developed a lubricant-coated neural probe with 32 electrodes for measuring brain signals, and they showed the reduction of immune responses through in-vivo experiments. This probe was coated by employing the developed technology and implanted into the rodent brain. Brain signals were successfully observed from over 90% of the electrodes immediately after implantation. The number of signals was twice that obtained using uncoated neural probes. Furthermore, the observation of brain tissues confirmed that the tissue damage that generally occurs during implantation was minimized. The signal amplitude of uncoated probes reduced over time owing to the adhesion of immune cells to the probe surface. In contrast, the coated probe exhibited the anti-bioadhesion property. It stably measured brain signals for four months, which was four times the lifespan of uncoated probes.

The research was conducted backed by the Ministry of Science and ICT. under the National Research Foundation of Korea’s Young Researcher Program and Original Technology Research Program for Brain Science. The findings in this study were selected for publication as a cover article of “Advanced Science” (IF: 16.80, top 5.255% in JCR field). 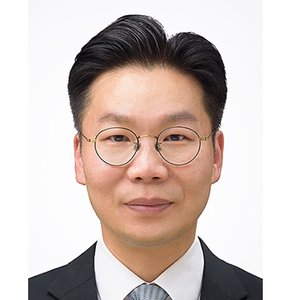