Lawrence Berkeley National Laboratory (Berkeley Lab) and the University of California, Berkeley (UC Berkeley) will be home to a cutting-edge quantum network testbed, thanks to a new five-year, $12.5 million funding award from the U.S. Department of Energy (DOE). Led by personnel from Berkeley Lab’s Scientific Networking Division/ESnet, UC Berkeley, and Caltech, the R&D collaboration will also leverage quantum development efforts at Berkeley Lab and beyond.

The goal is to build a distributed quantum network between Berkeley Lab and UC Berkeley that will help realize the DOE’s vision of establishing a nationwide quantum Internet and support the U.S. National Quantum Initiative. Quantum networks leverage the quantum properties of light to encode much more information than the “ones and zeros” of traditional computing. The quantum Internet will enable future capabilities, including distributed quantum sensing, upscaling quantum computing, and enabling highly secure communications.

"Berkeley Lab has always been a global leader in developing advanced networks for research,” said Berkeley Lab Director Mike Witherell. “With this award, we will be advancing the design of the quantum Internet and furthering the DOE Office of Science mission to deliver scientific discoveries and major scientific tools that transform our understanding of nature."

The Berkeley-based project, dubbed QUANT-NET (Quantum Application Network Testbed for Novel Entanglement Technology), will focus on building a software-controlled, application-focused quantum computing network link between Berkeley Lab and UC Berkeley. The three-node distributed testbed will feature an entanglement swapping substrate over optical fiber and will be managed by a quantum network protocol stack. The collaboration will also demonstrate entanglement between small-scale quantum computers at the two testbed locations.

“These demonstrations will require seamless integration of a host of different technologies, ranging from quantum information processing with trapped ions, color centers, and superconducting systems, to ultra-highly efficient conversion of quantum information from atoms to light and routing it through a fiber network,” said co-investigator Hartmut Häffner, associate professor of physics at UC Berkeley. “We envision that this work will pave the way toward a quantum Internet for quantum communication applications and allow us to connect different quantum computers to create larger and more powerful ones.”

The idea for QUANT-NET was born out of the 2020 DOE Quantum Internet Blueprint workshop, where representatives from DOE national laboratories, universities, industry, and other U.S. agencies came together to define a roadmap for building the first nationwide quantum Internet. Quantum networking is poised to revolutionize how information gets transmitted between quantum systems, locally and over long distances, and is expected to have a major impact on large-scale sensing experiments, making it of key interest to DOE mission areas, such as astronomy, materials discovery, and life sciences.

“The funded project will lead the way in developing distributed quantum applications using a scalable quantum internet prototype. The focus on systems integration in the proposal was to pave a path toward useful operational deployment and showcase the value generated from building the quantum Internet,” said Inder Monga, director of the Scientific Networking Division and of ESnet, a DOE ASCR user facility. He co-chaired the 2020 DOE blueprint workshop and is principal investigator on the QUANT-NET project.

The project also builds on ESnet’s legacy of supporting game-changing research and innovation testbed projects, Monga added. “Ten years ago, we built the Advanced Network Initiative’s 100G testbed for research, and today we are working with FABRIC to build a nationwide testbed for cutting-edge networking and distributed systems research with the National Science Foundation,” he said. “We will leverage all of this expertise and experience to build QUANT-NET.”

"We have a diverse, talented, multidisciplinary team with focus and intensity to carry out this challenging project,” said co-investigator Maria Spiropulu, professor of physics at Caltech. “We are especially excited to build our testbed while fostering research public-private partnerships with an eye on the quantum industries of the future and the relevant workforce development needed for the Nation to be competitive. And the future is now!”

Additional co-investigators on the QUANT-NET project are Thomas Schenkel of Berkeley Lab and Alp Sipahigil of UC Berkeley.

ESnet is a DOE Office of Science user facility. 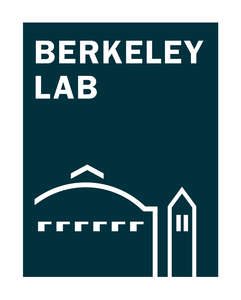