Palaeontologists at the Royal Ontario Museum (ROM) have uncovered the remains of a huge new fossil species belonging to an extinct animal group in half-a-billion-year-old Cambrian rocks from Kootenay National Park in the Canadian Rockies. The findings were announced on September 8, 2021, in a study published in Royal Society Open Science.

Named Titanokorys gainesi, this new species is remarkable for its size. With an estimated total length of half a meter, Titanokorys was a giant compared to most animals that lived in the seas at that time, most of which barely reached the size of a pinky finger.

“The sheer size of this animal is absolutely mind-boggling, this is one of the biggest animals from the Cambrian period ever found,” says Jean-Bernard Caron, ROM's Richard M. Ivey Curator of Invertebrate Palaeontology.

Evolutionarily speaking, Titanokorys belongs to a group of primitive arthropods called radiodonts. The most iconic representative of this group is the streamlined predator Anomalocaris, which may itself have approached a metre in length. Like all radiodonts, Titanokorys had multifaceted eyes, a pineapple slice-shaped, tooth-lined mouth, a pair of spiny claws below its head to capture prey and a body with a series of flaps for swimming. Within this group, some species also possessed large, conspicuous head carapaces, with Titanokorys being one of the largest ever known.

“Titanokorys is part of a subgroup of radiodonts, called hurdiids, characterized by an incredibly long head covered by a three-part carapace that took on myriad shapes. The head is so long relative to the body that these animals are really little more than swimming heads,” added Joe Moysiuk, co-author of the study, and a ROM-based Ph.D. student in Ecology & Evolutionary Biology at the University of Toronto.

Why some radiodonts evolved such a bewildering array of head carapace shapes and sizes is still poorly understood and was likely driven by a variety of factors, but the broad flattened carapace form in Titanokorys suggests this species was adapted to life near the seafloor.

“These enigmatic animals certainly had a big impact on Cambrian seafloor ecosystems. Their limbs at the front looked like multiple stacked rakes and would have been very efficient at bringing anything they captured in their tiny spines towards the mouth. The huge dorsal carapace might have functioned like a plough,” added Dr. Caron, who is also an Associate Professor in Ecology & Evolutionary Biology and Earth Sciences at the University of Toronto, and Moysiuk’s Ph.D. advisor.

All fossils in this study were collected around Marble Canyon in northern Kootenay National Park by successive ROM expeditions. Discovered less than a decade ago, this area has yielded a great variety of Burgess Shale animals dating back to the Cambrian period, including a smaller, more abundant relative of Titanokorys named Cambroraster falcatus in reference to its Millennium Falcon-shaped head carapace. According to the authors, the two species might have competed for similar bottom-dwelling prey.

The discovery of Titanokorys gainesi was profiled in the CBC’s The Nature of Things episode “First Animals.”  These and other Burgess Shale specimens will be showcased in a new gallery at ROM, the Willner Madge Gallery, Dawn of Life, opening in December 2021.

Major funding support for the research and fieldwork came from the Polk Milstein Family, ROM, the National Geographic Society (#9475-14 to JBC), the Swedish Research Council (to Michael Streng), the National Science Foundation (NSF-EAR-1556226, 1554897) and Pomona College (to Robert R. Gaines). This research is also supported by a National Science and Engineering Research Council (NSERC) Discovery grant to J.-B.C and a Vanier Canada Graduate Scholarship through the University of Toronto (Dept. of Ecology and Evolution) to J.M. 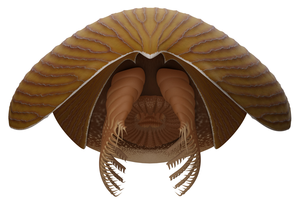 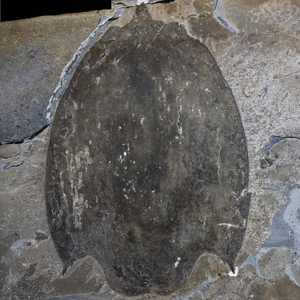 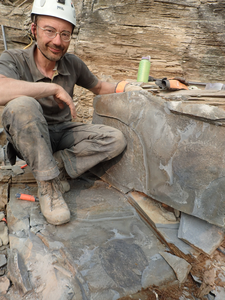 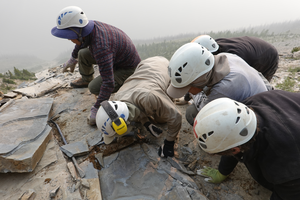 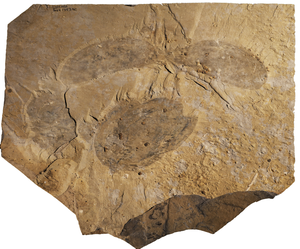 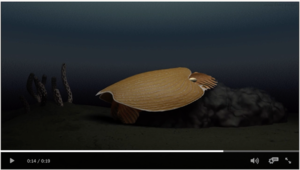