Recyclable plastic has been recorded on popular beaches and urban watercourses in Adelaide, South Australia – highlighting the need for more efforts to remove and reuse all plastics from waste streams, particularly in urban areas.

Flinders University researchers extracted 417 microplastic particles from 285 samples of sediment from the Onkaparinga River and Patawalonga Creek as well as sand from several local beaches in the SA capital city, finding most of the microplastics were from recyclable products.

“Clearly plastic waste will be more abundant in urbanised areas but it’s concerning that we are finding more evidence of recyclable plastic pollution in our rivers, creeks and beaches,” says first author in a new article Anna Hayes.

The Flinders University researchers are calling for more efforts to reuse and recover recyclable plastics, also pointing to even higher levels in urban rivers and beaches in separate NSW, Queensland, WA and Victorian studies (see table below).

“The study also highlights the need for development of research models to track microplastic movements in coastal and oceanic waters to provide a better understanding of how microplastics migrate once they leave rivers and creeks,” says Ms Hayes.

Microplastics are fragments of any type of plastic that cause pollution by entering natural ecosystems from a variety of sources. Microplastic particles were categorised by size (from 1-5mm), shape (fragment, fibre and sphere) and polymer types, with a range of 29 including polyethylene (PE), polypropylene (PP) and polystyrene (PS).

Distribution of microplastics in marine environments tends to be underestimated when mixed with sediment, while low density microplastics are also held in suspension in water – particularly in slow velocity rivers and streams, adds co-author College of Science and Engineering Associate Professor Sophie Leterme, from the Flinders Institute for Nanoscale Science and Technology.

“In particular the water and sediment from the slow flowing Patawalonga Creek contained a higher level of microplastic compared to what we found at nearby Glenelg Beach, the Onkaparinga River and Southport Beach,” says Associate Professor Leterme.

“We need to improve our waste management practices and implement better recycling strategies to not only clean up urban environments but to also help improve coastal, marine and estuarine water quality.”

“This study also gives insight into how river flow is a major environmental influence on the accumulation of microplastics in river and beach sediment,” adds Professor of Forensic Science Paul Kirkbride, another co-author.

The paper, Variation in polymer types and abundance of microplastics from two rivers and beaches in Adelaide, South Australia (2021), by Anna Hayes, Paul Kirkbride and Sophie C Leterme has been published in Marine Pollution Bulletin (Elsevier) DOI: 10.1016/j.marpolbul.2021.112842

Variation in polymer types and abundance of microplastics from two rivers and beaches in Adelaide, South Australia (

Microplastics from recyclable plastics on the rise 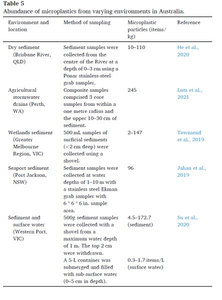 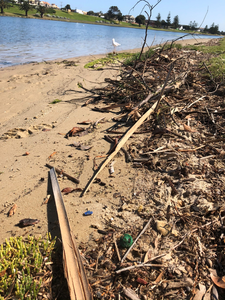 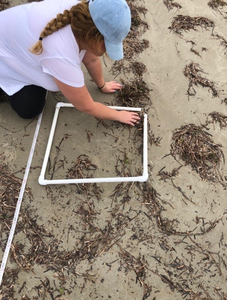 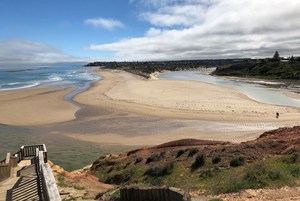