Bats represent more than a fifth of all mammal species. Most bat species live in the tropics where they eat fruits and disperse their seeds, pollinate flowers and consume billions of insects. Bats play an important role in forest ecosystems. One central question has been how so many bat species can coexist in a tropical bat community. A new study in the Proceedings of the National Academy of Sciences by scientists working at the Smithsonian Tropical Research Institute (STRI) in Panama shows that differences in bats’ extraordinary auditory abilities may be key.

“Instead of bringing the bats to the equipment–as has traditionally been done in the field of bat auditory physiology–the strength of this study was bringing the equipment to the bats,” said Rachel Page, co-author and staff scientist at STRI. “By conducting this study right next to the rainforest, we could test the auditory capabilities of bats that had never tested before, including some very rare species.”

“Studies looking at bat species diversity and niche differentiation typically compare diets or foraging behavior,” said Inga Geipel, STRI Research Associate and Marie Curie post-doctoral fellow, and lead author of the study, “but we think that bats’ ability to sense different kinds of prey could play an important role in the high diversity of species we see in the tropics.”

Bats are well known for their sophisticated skill to use sounds to navigate their environment. They use high frequency sounds they produce themselves (echolocation) to orient and hunt. But many species also listen for the lower frequency sounds produced by their prey, for example the rustling sounds prey makes as it moves through leaf litter, or the courtship songs of katydids.

To test the role of hearing sensitivity in niche differentiation, Inga Geipel, Ella Lattenkamp, co-lead author from the Ludwig Maximilian University, Munich, Germany and Rachel Page, compared hearing in 12 closely related gleaning bat species. Gleaning bats catch their prey from vegetation or from the forest floor. There are many different gleaning species in the bat community in Gamboa, Panama. These species have very similar hunting behavior but show slight differences in their preferred food items.

With the help of May Dixon, STRI fellow and co-author, they caught bats in the forest and placed them in a padded, insulated box containing an embedded loudspeaker. They gave each bat a short hearing test, by playing a series of tones of different frequencies and sound levels, and measuring the bat’s auditory brainstem response. The responses to each frequency and tone were used to calculate an audiogram for each species. After the hearing test, each bat was then released where it was captured in the rainforest.

“Bats have remarkable hearing abilities. They can detect the low frequencies of a beetle walking through dry leaves or a frog calling for a mate,” Geipel remarks. “And bats can hear sounds that are far above our range of hearing: like the high-frequency echolocation calls they use to bounce off of objects to navigate in the dark.”

For example, the frog-eating bat, Trachops cirrhosus, is highly sensitive to the frequencies that túngara frogs (one of its favorite prey species) use to attract mates. The similar sized white-throated round-eared bat, Lophostoma silvicolum, heard best in the frequency range of the courtship of katydids, their favorite food. In contrast, the common big-eared bat, Micronycteris microtis, previously shown to take silent, non-moving insects from leaves using only its own echolocation, has very sensitive hearing in the high frequencies, at which high resolution is important for prey detection.

“Some of the species we tested are very rare and there is very little known about their diet and hunting behavior,” Geipel explained, “but with our measurements of the auditory abilities of these species, we can now predict how they hunt and which types of prey is likely to be their specialty.”

“This study shows us how sensory variation may be a key player in the fine-scale differences between species and the ecological niches they occupy,” Page said, “It sheds light on the role sensory biology plays in the beautiful mosaic of species coexistence.” 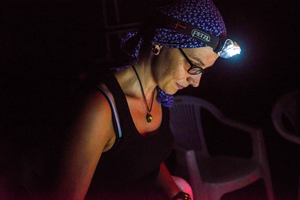 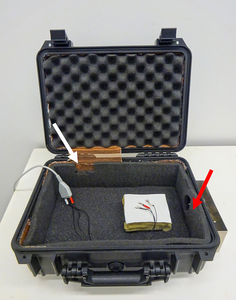