CTCF is a transcription factor that has been a research target due to its role in regulating a critical oncogene called MYC. Scientists at St. Jude Children’s Research Hospital have found direct evidence that CTCF governs chromatin accessibility, the process of opening tightly spooled DNA so that genes can be expressed. The findings were published in Genome Biology.

CTCF is known by biologists for being a master regulator of the genome and for heavily influencing the genome’s 3D architecture. Mutations of CTCF that lead to its absence are rare; however, mutations that affect how it binds to genes and proteins are common in cells with diseases such as cancer. While the downstream impact of CTCF on genes is well studied, less is known about the more immediate repercussions.

“There has been a gap in our knowledge of the direct effect of CTCF, which is important for understanding the process of transcription,” said senior and co-corresponding author Chunliang Li, Ph.D., St. Jude Department of Tumor Cell Biology. “If you alter gene expression at the right time and place, then even a moderate change in transcription can cause a substantial change in disease development.”

The researchers used cutting-edge technologies and a multidisciplinary approach that makes use of an auxin-induced degron system. The auxin-induced degron system is a technique that degrades a protein in a targeted way in a short period of time, allowing researchers to better understand its primary function. These tools were necessary to study how acute depletion of the CTCF protein would affect the cell.

“It is challenging to distinguish the true biology of CTCF, but we’ve used these tools to provide direct evidence that CTCF regulates chromatin accessibility and to provide clarity for the field,” said co-first and co-corresponding author Beisi Xu, Ph.D., St. Jude Center for Applied Bioinformatics.

“The multidisciplinary collaboration between our teams helped make these findings possible,” said author Junmin Peng, Ph.D., St. Jude Center for Proteomics and Metabolomics director. “A better understanding of the direct effect of CTCF will help propel the field of transcription biology toward a more complete picture of how the processes are involved in diseases such as cancer.”

Understanding a direct effect for CTCF

This study highlights that CTCF loss rewires genome-wide chromatin accessibility, which plays a critical role in transcriptional regulation. Because pediatric cancers have a relatively quiet genome, finding new treatments requires a better understanding of cancer biology on a fundamental level. That involves drilling down to how the processes of CTCF and transcription go awry.

“CTCF is a fundamental part of the machinery that drives activity in the cell, but without the right tools to study it, its direct role has been debatable,” said co-first author Hong Wang, Ph.D., St. Jude Center for Proteomics and Metabolomics. “By integrating the latest techniques, we’ve shown a direct function for CTCF that couldn’t have been revealed by older technology.”

The study was funded by grants from the National Cancer Institute (5P30CA021765-37, R01AG053987), an American Society of Hematology Scholar Award, Concern Foundation, and ALSAC, the fundraising and awareness organization of St. Jude. 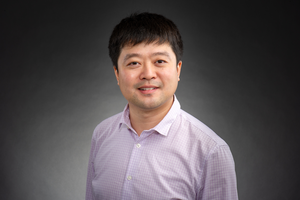