Differences between gut flora and genes from konzo-prone regions of the Democratic Republic of Congo (DRC) may affect the release of cyanide after poorly processed cassava is consumed, according to a study with 180 children. Cassava is a food security crop for over half a billion people in the developing world. Children living in high-risk konzo areas have high glucosidase (linamarase) microbes and low rhodanese microbes in their gut, which could mean more susceptibility and less protection against the disease, suggest Children’s National Hospital researchers who led the study published in Nature Communications.

Konzo is a severe, irreversible neurologic disease that results in paralysis. It occurs after consuming poorly processed cassava — a manioc root and essential crop for DRC and other low-income nations. Poorly processed cassava contains linamarin, a cyanogenic compound. While enzymes with glucosidase activity convert starch to simple sugars, they also break down linamarin, which then releases cyanide into the body.

“Knowing who is more at risk could result in targeted interventions to process cassava better or try to diversify the diet,” said Eric Vilain, M.D., Ph.D., director of the Center for Genetic Medicine Research at Children’s National. “An alternative intervention is to modify the microbiome to increase the level of protection. This is, however, a difficult task which may have unintended consequences and other side effects.”

The exact biological mechanisms underlying konzo disease susceptibility and severity remained poorly understood until now. This is the first study to shed light on the gut microbiome of populations that rely on toxic cassava as their primary food source.

“While the gut microbiome is not the sole cause of disease given that environment and malnourishment play a role, it is a required modulator,” said Matthew S. Bramble, Ph.D., staff scientist at Children’s National. “Simply stated, without gut microbes, linamarin and other cyanogenic glucosides would pose little to no risk to humans.”

To understand the influence of a detrimental subsistence on the gut flora and its relationship to this debilitating multifactorial neurological disease, the researchers compared the gut microbiome profiles in 180 children from the DRC using shotgun metagenomic sequencing. This approach evaluates bacterial diversity and detects the abundance of microbes and microbial genes in various environments.

For next steps, the researchers will study sibling pairs from konzo-prone regions of Kahemba where only one sibling is affected with the disease.

“Studying siblings will help us control for factors that cannot be controlled otherwise, such as the cassava preparation in the household,” said Neerja Vashist, Ph.D. candidate and research trainee at Children’s National. “In this work, each sample had approximately 5 million DNA reads each, so for our follow-up, we plan to increase that to greater than 40 million reads per sample and the overall study cohort size. This study design will allow us to confirm that the trends we observed hold on a larger scale, while enhancing our ability to comprehensively characterize the gut microbiome.”

About Children’s National Hospital
Children’s National Hospital, based in Washington, D.C., celebrates 150 years of pediatric care, research and commitment to community. Volunteers opened the hospital in 1870 with 12 beds for children displaced after the Civil War. Today, 150 years stronger, it is among the nation’s top 10 children’s hospitals. It is ranked No. 1 for newborn care for the fifth straight year and ranked in all specialties evaluated by U.S. News & World Report. Children’s National is transforming pediatric medicine for all children. In 2021, the Children’s National Research & Innovation Campus opened, the first in the nation dedicated to pediatric research. Children’s National has been designated three times in a row as a Magnet® hospital, demonstrating the highest standards of nursing and patient care delivery. This pediatric academic health system offers expert care through a convenient, community-based primary care network and specialty care locations in the D.C. metropolitan area, including Maryland and Northern Virginia. Children’s National is home to the Children’s National Research Institute and Sheikh Zayed Institute for Pediatric Surgical Innovation and is the nation’s seventh-highest NIH-funded children’s hospital. It is recognized for its expertise and innovation in pediatric care and as a strong voice for children through advocacy at the local, regional and national levels.

The gut microbiome in konzo 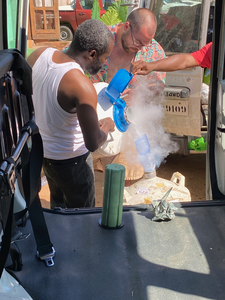 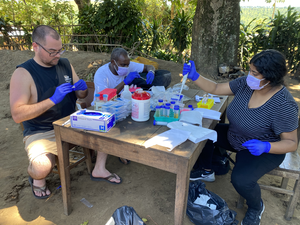 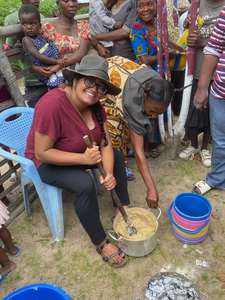