Young people everywhere now have access to a free collection of scientific articles written by winners of science’s most coveted honor, the Nobel Prize. The Nobel Collection, published by Frontiers, aims to improve young people’s access to learning material about science’s role in addressing today’s global challenges. The collection will connect young minds with some of today’s most distinguished scientists through engaging learning material steeped in some of the most groundbreaking research from over the last twenty years.

Written for young people aged eight to 15, the collection has been published in the journal Frontiers for Young Minds. With the help of a science mentor, each article in the Nobel Collection has been reviewed by kids themselves to ensure it is understandable, fun, and engaging before publication. By sparking an interest in science from a young age, the Nobel Collection aims to improve young people’s scientific worldview. Its objective is to equip them with a scientific mindset and appreciation of the central role of science in finding solutions to today’s growing catalogue of global challenges.

A keen 13-year-old reviewer from Switzerland shared his experience, "I'm very interested in science and it is fascinating to review papers from the real scientists who know so much about their specialized fields! Many of the papers explain dangerous illnesses to children, and I think such information is so important!"

May-Britt Moser, awarded The Nobel Prize in Physiology or Medicine 2014, said, “I’m honored to contribute to the journal Frontiers for Young Minds. Children are born curious, with passion for questions and with light in their eyes. As a scientist, I feel privileged to be able to ask questions that I think are important. I hope the papers in this journal may help nurture and reinforce children’s passion and curiosity for science - what a gift to humanity that would be!”

Commenting on the Collection, Aaron Ciechanover who was awarded The Nobel Prize in Chemistry 2004, said, "Prizes and recognition are not targets that one should aim for. Breakthrough achievements that expand our knowledge of the world and benefit mankind are. Reading about science was my hobby as a kid and, doubtless, the seed of my curiosity into scientific discovery.”

Currently, the Nobel Collection comprises of contributions including:

The Nobel Collection’s co-editor Idan Segev, professor of computational neuroscience at the Hebrew University, said: “What we want to achieve with this collection, beyond improving kids’ understanding of the scientific process and the particular Nobel recognized breakthroughs, is to acquaint kids with scientific role models – someone for young people to look up to. The beauty of these articles is that the Nobel Laureates share their life experience with kids, their failures and passions, and provide personal advice for the young minds.

“The kids that we worked with to review the articles were amazed by what they were reading and left the classes with a real sense of admiration for the humanistic as well as the scientific facet of Nobel prize winners. It is an incredible learning resource that can be accessed by anyone with an internet connection worldwide, which in context of the disruption created by the COVID-19 pandemic makes it particularly important.”

The initiative is also part of Frontiers’ commitment to the United Nations Sustainable Development Goals, particularly Goal 4 – Quality Education. Disruption to access to quality education has been exacerbated by the COVID-19 pandemic, potentially jeopardizing some of the hard-won gains in recent years.

Frontiers, who funds the Frontiers for Young Minds journal as part of its philanthropy program, intends to work with at least five more Nobel Laureates later this year to grow the resource. All the articles are free to read, download, and share. Plans are also in place to translate the Nobel Collection into a portfolio of languages so even more young people from around the world can make use of it.

Dr. Fred Fenter, chief executive editor of Frontiers, said: “From fighting climate change to disease to poverty, science saves lives. What better role models to inspire future generations of scientists than Nobel Prize winners themselves. Our hope is the Nobel Collection will act as a catalyst, both motivating young people and improving their appreciation of the central role science will play in creating a sustainable future for people and planet.”

The Frontiers for Young Minds initiative

The Frontiers for Young Minds journal launched in 2013. Since then, Frontiers has engaged with around 3,500 young reviewers, each of whom has been guided by one of around 600 science mentors. To date, the journal has received more than ten million views and downloads of its 750 articles, which include English, Hebrew, and Arabic versions. The Frontiers for Young Minds editorial board currently consists of scientists and researchers from more than 64 countries.

Topics included in the journal range from astronomy and space science to biodiversity, neuroscience, pollution prevention, and mental health. Although written and edited for a younger audience, all the research published in Frontiers for Young Minds is based on solid evidence-based scientific research.

Founded in 2007, Frontiers is an award-winning open science publishing platform. The organization is one of the most highly cited of the twenty largest academic publishers globally. Frontiers is proud to publish high-quality, peer-reviewed scientific research across more than 650 academic disciples. Using the latest technology, platforms, and services, Frontiers’ team of more than 750 employees aims to unlock science through open-access. Our mission is to make scientific research universally and freely accessible through open access and to accelerate scientific and technological innovation, societal progress and economic growth. 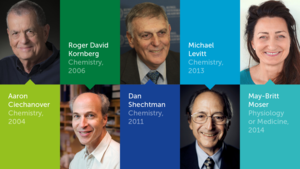