Similar to a magnet that always has both south and north poles, a kind of special quasiparticles in condensed matter called "Weyl Fermions" always appear in pairs with opposite chirality. There had been no experimental report that unpaired Weyl points exist in condensed matter until recently, a City University of Hong Kong (CityU) physicist observed the first unpaired singular Weyl magnetic monopole in a specific kind of single crystalline solid.

The research work was co-led by Dr Ma Junzhang, Assistant Professor in the Department of Physics at CityU and collaborating scientists from École Polytechnique Fédérale de Lausanne (EPFL) and Paul Scherrer Institute (PSI) in Switzerland. It was published in Nature Communications, titled "Observation of a singular Weyl point surrounded by charged nodal walls in PtGa".

"Our group is the first to see and record an unpaired Weyl magnetic monopole in the experiment. The findings open a new avenue to search for the bulk topological properties of unpaired Weyl magnetic monopoles in solids, which will promote the understanding of basic topological physics, and the application of Weyl semimetals into spintronics," Dr Ma said.

But there is one difference for Weyl points, based on many physicists' perceptions. It is widely believed that the existence of an unpaired Weyl magnetic monopole in solids is impossible due to the well-known Nielsen-Ninomiya no-go theorem. As a result, it is thought that Weyl magnetic monopoles in semimetals should always appear in pairs with opposite charges in the 3D momentum space. And the projections of the monopoles on the surface of the single crystal should always be connected by one kind of conducting state called Fermi arcs, which acts like an electronic channel that electrons can transport through it.

Considerable theoretical efforts have been dedicated to searching unpaired Weyl monopoles beyond this no-go theorem, but no successful experiment was reported in the past. Many scientists thought that such kind of "unpaired substance" was hard to exist in single crystalline solids.

But Dr Ma didn't think so. He searched thousands of compounds in the database and finally discovered that a few dozens of them are the potential candidates hosting unpaired Weyl monopoles. His suggestions were supported by theoretical colleagues Dr Wu Quansheng, and Profesor Oleg Yazyev from EPFL. After that, a team led by Dr Ma and Professor Shi Ming from PSI started a series of photoemission experiments at the Swiss Light Source at PSI and successfully proved the primary ideas.

Combining angle-resolved photoemission spectroscopy (ARPES) experiments with density functional theory calculations, the research team revealed for the first time that unpaired Weyl monopoles can emerge in various compounds. In studying the promising candidate, semimetal crystal platinum gallium (PtGa), the research team identified 37 Weyl monopoles in the momentum space, and found out that the system hosts odd number 37 Weyl points with either +1 charge or -1 charge that prevent them pair together.

They also demonstrated experimentally for the first time that unpaired magnetic monopole can exist in the momentum space of solid without surface Fermi arc. The geometry of the unpaired Weyl point is quite different from that of normal Weyl semimetals, so the properties are expected to change significantly in this new kind of materials, which defines a new study direction.

Dr Ma and Dr Wu are the first authors of the paper. Dr Ma is also the corresponding author, together with Professor Yazyev and Professor Shi from PSI. Collaborators who provided the single crystals include Professor Claudia Felser and Dr Kaustuv Manna from Max Planck Institute for Chemical Physics of Solids, Germany, Professor Xiong Yimin and Mr Song Meng from High Magnetic Field Laboratory of the Chinese Academy of Sciences (CAS). Other collaborators include Professor Ding Hong and Professor Qian Tian from the Institute of Physics of CAS.

This work was supported by the CityU, the Swiss National Science Foundation, the Sino-Swiss Science and Technology Cooperation, the European Union’s Horizon 2020 research and innovation program, the Marie Skłodowska-Curie Actions grant, European Research Council Advanced Grant, the Ministry of Science and Technology of China, the National Natural Science Foundation of China, CAS, and the German Research Foundation (DFG). 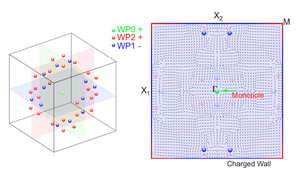 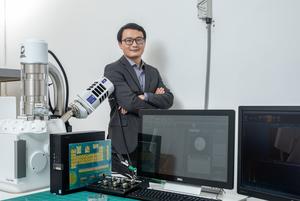 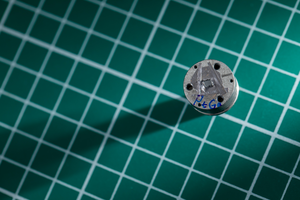