SAN FRANCISCO, CA (September 8, 2021) — On April 20, 2010, the Deepwater Horizon (DWH) petroleum drilling rig exploded off the coast of Louisiana, resulting in the world’s worst oil spill in history with more than 4 million barrels of oil released into the Gulf of Mexico. Though the short-term impact of the oil spill on local wildlife was widely researched among scientists and discussed in the media, there has been relatively little research on the long-term effects of the disaster. In a paper published this week in PLOS ONE, researchers from the California Academy of Sciences, Nova Southeastern University (NSU), South Dakota School of Mines and Technology (SDSMT), and Kent State University show that Eastern oysters from the Gulf Coast have significantly higher rates of metaplasia—a condition that can cause debilitating tissue abnormalities—than those from a region unaffected by the DWH oil spill, even several years after the event, raising concerns about the health of the economically and ecologically important species.

“It’s worrying to find such a high incidence of metaplasia,” says study author and Academy Curator of Invertebrate Zoology and Geology Peter Roopnarine, PhD. “Eastern oysters are not only a major link in the ecosystem’s food chain, they are also ecosystem engineers, forming oyster reefs that shelter other organisms and protect coastal areas from storm surges.”

“In humans, metaplasia is commonly found in lung cells exposed to the extreme stress of cigarette smoke,” says lead author and NSU professor Deanne Roopnarine, DPM. “When my brother Peter mentioned he was researching the impact of the Deepwater Horizon oil spill on oysters, I wondered whether they might show signs of metaplasia or other histological impacts and ultimately joined the project.”

After being collected by study author and SDSMT geologist Laurie Anderson, PhD, the oysters were sent to Professor Deanne Roopnarine and her undergraduate lab students, who spent months shucking them, sectioning out their internal tissues, fixing the tissues to slides, and staining the slides to compare the cellular structures between Eastern oysters from the Gulf Coast and those from Chesapeake Bay that were unaffected by the DWH oil spill.

The researchers found that oysters from the Gulf of Mexico study sites had significantly higher rates of metaplasia along their digestive and respiratory tracts than those from Chesapeake Bay, including oysters sampled as late as 2013, three years after the DWH oil spill.

“The differences we found between the oysters was devastating,” Professor Deanne Roopnarine says. “Those from Chesapeake Bay had beautiful ciliated gills, which they use to help filter food particles, while some from the Gulf Coast had no cilia at all. When I saw that I thought, how are these animals feeding and surviving?”

One theory for how the oysters might be surviving is that they have adapted to live with metaplasia and other impacts from the petroleum extraction industry, which has been operating in the region for nearly a century.

Without tissue samples from Eastern oysters prior to the DWH oil spill, however, the researchers say there is insufficient baseline data to determine whether or not the rates of metaplasia in Gulf Coast populations were directly affected by the event.

The research team hopes that their results inspire deeper, longer-term monitoring efforts for Eastern oysters and other important but often overlooked species along the Gulf Coast that could be negatively impacted by continued oil spills in the region, like those being reported in the aftermath of Hurricane Ida.

“As long as we continue extracting petroleum from our planet’s oceans, we will continue to expose coastal ecosystems to contamination,” Curator Peter Roopnarine says. “Hopefully this study and its samples—which are now stored in the Academy’s scientific collections for future researchers to use—will lead to a better understanding of how oil spills are directly impacting those communities.”

About Research at the California Academy of Sciences
The Institute for Biodiversity Science and Sustainability at the California Academy of Sciences is at the forefront of efforts to understand two of the most important topics of our time: the nature and sustainability of life on Earth. Based in San Francisco, the Institute is home to more than 100 world-class scientists, state-of-the-art facilities, and nearly 46 million scientific specimens from around the world. The Institute also leverages the expertise and efforts of more than 100 international Associates and 450 distinguished Fellows. Through expeditions around the globe, investigations in the lab, and analysis of vast biological datasets, the Institute’s scientists work to understand the evolution and interconnectedness of organisms and ecosystems, the threats they face around the world, and the most effective strategies for sustaining them into the future. Through innovative partnerships and public engagement initiatives, they also guide critical sustainability and conservation decisions worldwide, inspire and mentor the next generation of scientists, and foster responsible stewardship of our planet. 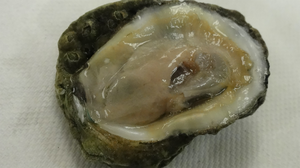 Eastern oyster from the Gulf Coast