Named for the late Paul G. Allen, Microsoft co-founder and philanthropist, the Allen Coral Atlas was
developed and implemented through a partnership now directed by Arizona State University (ASU)
Center for Global Discovery and Conservation.

“It is a gratifying milestone after years of dedicated non-stop teamwork to bring this global map to
fruition, but the true value of the work will come when coral conservationists are able to better protect
coral reefs based on the high-resolution maps and monitoring system,” said Dr. Greg Asner, Managing
Director of the Atlas at ASU. “We must double down and use this tool as we work to save coral reefs
from the impacts of our climate crisis and other threats.”

The future of coral reefs hangs in the balance, with 50 percent already lost to bleaching caused by
increased water temperatures, ocean acidification, pollution and destructive overfishing. These highly
vulnerable coral reef systems provide safety, nutrition and economic security for more than one billion
people. Globally, scientists and governments are scrambling to plan and implement conservation efforts
and they need accurate data on the location and status of their reefs.

Using a consistent mapping process, the completed Atlas provides the first-ever, high-resolution spatial
and thematic detailed map of all the world’s shallow coral reefs. Only 25 percent of reefs had been
previously mapped at this high-resolution detail and there was no consistent methodology applied
across all global regions.

“We now have the highly detailed coral reef maps needed to create new spatial plans and marine
protected areas. These map layers would have taken us five years to create and only if we had the
budget or resources to do so, which we do not,” said Wen Wen, a marine spatial planner in Indonesia. “The Allen Coral Atlas is playing a large role in prioritizing 30 million hectares of a new Marine Protected Area zoning plan and providing alternative locations for a coastal economic development project that is environmentally sustainable. This tool is a blessing to our country.”

The Atlas partnership brings together unique capabilities to create a seamless process that produces
high quality benthic and geomorphic map layers. Planet provides continuously updated high-resolution
imagery from its constellation of 200+ satellites. ASU then cleans the images for atmosphere and water
distortion. University of Queensland applies machine learning and local reference data to generate the
detailed map layers, and National Geographic Society provides training and engages with
conservationists on how to best use the maps. Paul Allen’s company Vulcan funded and managed the
Atlas website development and engaged with government officials.

Officials from 14 countries are collaborating with Atlas team members, working on 48 new marine
planning projects using the Atlas maps as their foundational data set. In addition to marine spatial
planning, the maps are being used to aid in hurricane recovery, to inform proposed policies for fishing
regulations, identify pollution and run-off sources, and document destruction due to ship groundings
and other threats to coral reef habitats.

“Combining these new maps with the reef bleaching detection system that we released in May, the Atlas
is a vital, comprehensive tool,” said Asner. “It is a dynamic, global resource available to marine managers,
conservationists and policy makers who can take action to safeguard coral reefs for generations to
come.” 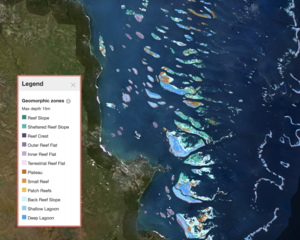 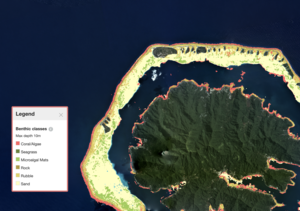 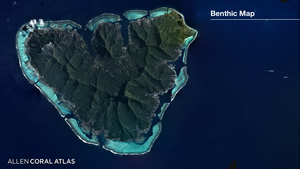 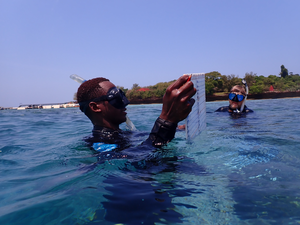 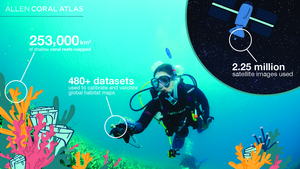