The findings were published in Blood Cancer Discovery, a journal of the American Association for Cancer Research.

The phase II trial enrolled 37 patients under age 70. They received high-dose injections of cytarabine followed by intravenous pembrolizumab two weeks later to examine whether clinical responses can be improved with the addition of pembrolizumab. At the primary endpoint of the trial, 14 people (38 percent) had a complete remission of their cancer.

These results compare favorably to remission rates seen with high-dose cytarabine and other chemotherapy regimens in resistant or relapsed AML. Even better, in patients who had not benefitted from standard therapy and received high-dose cytarabine followed by pembrolizumab in their second overall treatment phase, 46 percent of trial enrollees achieved complete remission with the one-two punch, suggesting this treatment might be best early in the course of their disease. Serious side-effects were rare and limited.

“Immunotherapy has led to a paradigm shift in treating cancer, but AML has lagged behind other cancers despite extensive data that it may be effective,” said Joshua Zeidner, MD, associate professor of Medicine, chief of Leukemia Research at UNC Lineberger and corresponding author of this study. “Our study is the first clinical trial to investigate the role of pembrolizumab in combination with intensive chemotherapy in patients with AML that relapses or is resistant to therapy.”

While five-year survival for AML has risen from about six percent in 1975 to nearly 30 percent today, survival at advanced stages of the disease remains poor. Patients whose cancer does not respond to aggressive treatment or becomes resistant to chemotherapy generally have life expectancies measured in months, making the search for better therapies a pressing need.

“Overall, trial participants lived for a median of nearly one year after their therapy, which is significant in comparison to previous benefits seen from chemotherapy alone, which resulted in median survival of six to seven months,” said Zeidner.

In addition to finding benefit for chemotherapy followed by immunotherapy, the clinicians found that a specific type of immune-system cell, known as a T cell, was prevalent prior to treatment.  Treatment benefit correlated with the function of these T cells as a certain population of T cells were possibly able to be reinvigorated by pembrolizumab. The presence of these T cells may be able to predict which patients derive benefit from pembrolizumab in AML. Also, different gene pathways were more prevalent in leukemia cells in those who responded to pembrolizumab, suggesting that these genes could serve as potential biomarkers to predict response.

“We hope that these study results will lead to a clinical trial of chemotherapy with or without immunotherapy. We also hope to identify robust biomarkers of response to immunotherapy that can be incorporated into future study designs,” said Jonathan S. Serody, MD, Elizabeth Thomas Professor of Medicine, director of the Cellular Therapy Program at UNC Lineberger and one of the study’s senior authors. “Additionally, we are planning to incorporate our results into a larger, multi-institutional analysis of predictive biomarkers and characteristics of response to immunotherapy in AML.”

In an accompanying commentary, James Allison, PhD, who was awarded the Nobel Prize in 2018 for his research harnessing the immune system to attack cancer, and three colleagues from the University of Texas MD Anderson Cancer Center wrote: “The results of this trial demonstrate the potential of rationally designed combinations of cytotoxic chemotherapy with immune checkpoint blockade to treat historically refractory malignancies including [relapsed and refractory] AML. While the combination appears to provide benefit (shifts survival curve right on historical comparison), we still need to induce long-term durable responses similar to those observed in other indications to bring checkpoint therapy to the forefront in AML.”

This study is the result of a collaboration between clinical and translational researchers at UNC Lineberger, Johns Hopkins, and Merck & Co., which supported the clinical trial and the evaluations of tumor and immune cells in patients treated with this therapy. “This type of collaborative research, where two exceptional cancer centers work with a leading pharmaceutical company to rationally move therapies into the clinic is critical to improving the outcome for patients with acute myeloid leukemia,” stated Serody, who led the collaboration.

Studies are ongoing exploring the role of immunotherapies with a different chemotherapy agent, azacitidine. The investigators might also explore using immunotherapy agents other than pembrolizumab in future studies. 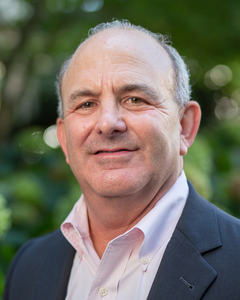