The COVID-19 pandemic has put a spotlight on the way people make decisions about their health and the influence that the people in our lives have on those decisions.

A study by Indiana University researchers found that when people encounter health controversies -- such as whether to drink alcohol during pregnancy or whether to get the COVID-19 vaccine -- the social networks they belong to can play a major role in their decision-making. Their individual socioeconomic status plays a role as well.

Health controversies occur when there is widespread questioning of medical recommendations. Thus, these findings emphasize the importance of clear and effective public communication about health risks.

The study was published in Social Science & Medicine and looked at first-time, pregnant individuals and the case of light/moderate prenatal alcohol consumption. Researchers used surveys and in-depth interviews with these individuals and their health care professionals.

"As the COVID-19 pandemic has made clear, health behaviors are easily politicized, leading to misinformation and inconsistent social norms," said Elaine Hernandez, the study lead and an assistant professor of sociology in the IU Bloomington College of Arts and Sciences. "People rely on their networks when making decisions, but we found that their experiences were unequal: Higher-status people faced fewer consequences for resisting medical guidelines."

The study found that in terms of health controversies, when people in their network agreed about how to behave, people followed this agreed-upon social norm. For example, if pregnant individuals received anti-drinking messages from health care providers and people in their network, they uniformly conformed regardless of their own opinions. A disproportionate number of individuals in this group had not completed four-year college degrees.

On the other hand, individuals with bachelor's or advanced degrees were more likely to receive inconsistent messages about prenatal alcohol consumption and felt empowered to question medical recommendations both in formal and informal settings.

As with current health controversies, health care professionals in the study also disagreed with each other. During interviews, some of them acknowledged that when pressed, they were often willing to support light/moderate drinking during pregnancy, despite what the official medical guidelines say.

These findings help explain how social norms and social status can influence whether people question or even ignore medical recommendations. They emphasize the need for clear, effective health guidelines, Hernandez said. They also emphasize the need for health care professionals to avoid unequal policing of lower-status patients by using consistent protocols and to consider the influence of network norms, particularly when it comes to controversial health risks.

"When the people around us aren't following the rules, it's much easier to ignore those rules ourselves -- particularly if we have the kind of social and economic power that makes us more immune to public scrutiny for the choices that we make," said Jessica Calarco, an associate professor of sociology in the College of Arts and Sciences and co-author on the study.

Health decisions amidst controversy: Prenatal alcohol consumption and the unequal experience of influence and control in networks 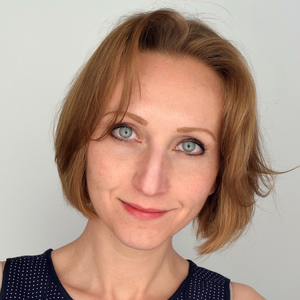