The field tests were conducted in Oregon’s High Desert region, at the same sites once used by Apollo astronauts to train and test spacesuits in preparation for their historic journeys to the Moon. Several new sites also considered relevant for future Moon and Mars exploration in hindsight of the lessons from Apollo and from recent robotic missions to the Moon and Mars, were also visited.

“It was exciting to be in Oregon to revisit some of the very locations where, in 1964 and 1966, the Apollo astronauts received field training in geology and tested spacesuits,” said Dr. Pascal Lee, a planetary scientist with the SETI Institute and the Mars Institute, and director of the NASA Haughton-Mars Project at NASA Ames Research Center. “We have also identified new candidate sites for Moon and Mars exploration preparation, now that we know more, compared to the mid-60s, about the Moon and Mars.”

NASA’s current Artemis Program aims to land the first woman and next man on the Moon, near the lunar South Pole, by the end of this decade and build on this experience to eventually send humans to Mars. In anticipation of the science and exploration needs of future Moon and Mars astronauts, several new technologies are undergoing development and testing to help optimize the safety, productivity, and cost-effectiveness of future EVAs (Extra-Vehicular Activities) or spacewalks.

Central to the week’s field tests was Collins Aerospace’s innovative, integrated Information Technologies and Informatics Subsystem (IT IS). Currently, astronauts on spacewalks rely on spiral-bound notebooks attached to their elbows to flip through checklists. The Collins IT IS allows astronauts to autonomously track these checklists and act upon the status of their health and that of their EVA companions (vital signs, exertion levels) through a display system in their helmets. They can also monitor the performance of a wide range of EVA systems - power, oxygen, water reserves - the astronauts’ location, EVA elapsed time, EVA time remaining, and range from supplies. The IT IS also displays maps and a wide array of other data supporting astronaut science and exploration activities, such as imaging, note-taking, and sample management.

“We see the integration of our Information Technologies and Informatics Subsystem into a spacesuit as a game-changer for conducting EVAs,” says Greg Quinn, lead for advanced spacesuit development at Collins Aerospace. “The Collins IT IS will help enhance the autonomy, productivity, and safety of future explorers.”

“While real-time mission support from Earth will remain important, exploring the lunar poles, where NASA intends to land Artemis astronauts, means that direct-to-earth communications will not, at times, be possible, even via orbital relays. So we need to provide future lunar explorers with the means to safely perform more autonomous EVAs”, explains Lee. “The need for autonomy will be further compounded in the case of Mars, where communications delays will drastically limit real-time mission support from Earth.”

Field tests in Oregon began at dawn hours each morning to take advantage of grazing solar illumination in anticipation of challenging lighting conditions at the lunar South Pole. The field sites accessed offered a wide range of terrain roughness, slopes, topographic complexity, and scales of operation anticipated during future EVAs in the lunar South Pole region. EVA systems requirements for future lunar pit and cave exploration were also investigated, a first for a spacesuit manufacturer.

One of the field campaign’s key achievements was successfully integrating the Norwegian company Ntention’s innovative Astronaut Smart Glove (ASG) system with Collins Aerospace’s IT IS. The ASG is an advanced human-machine interface (HMI) integrated into the spacesuit helmet and glove. It allows an astronaut to remotely operate a wide range of possible robotic assets such as robotic arms, cranes, rovers, and even drones, with minimal hand gestures compatible with wearing a constricting and rigid pressurized spacesuit. The ASG field test demonstrated the successful collection of rock sample materials from remote locations not directly accessible to the astronaut.

“Our field test this year demonstrated how an HMI like our Astronaut Smart Glove system can be seamlessly integrated into a spacesuit and offer future astronauts on the Moon and Mars much greater perception, reach, and control of their surroundings,” said Moina Tamuly, Co-CEO and Co-Founder of Ntention.

“By coming to Oregon, we wanted to recapture Apollo’s historic legacy, but also scout out new experiences for future astronaut training and spacesuit testing as we take on this century’s new challenges, the lunar poles and Mars,” said Lee. “I’m excited to report that we did catch a glimpse of this exciting future this week.”

The Haughton-Mars Project engages several collaborating organizations and is supported in part by the National Aeronautics and Space Administration (NASA) under Cooperative Agreement NNX14AT27A between NASA and the SETI Institute. The HMP is headquartered at NASA Ames Research Center in Mountain View, California.

The HMP’s base camp on Devon Island, the Haughton-Mars Project Research Station (HMPRS), is operated by the Mars Institute. The HMPRS is the largest privately-operated polar research station on Earth and a leading field research facility dedicated to planetary science and exploration. Dr Pascal Lee of the Mars Institute and SETI Institute serves as the project’s director. Due to travel restrictions to the Arctic associated with the COVID-19 pandemic, the HMP-2021 summer field campaign was rescoped and replanned to take place in Oregon in August, 2021.

About the SETI Institute
Founded in 1984, the SETI Institute is a non-profit, multidisciplinary research and education organization whose mission is to lead humanity’s quest to understand the origins and prevalence of life and intelligence in the universe and share that knowledge with the world. Research at the SETI Institute encompasses the physical and biological sciences and leverages expertise in data analytics, machine learning and advanced signal detection technologies. The SETI Institute is a distinguished research partner for industry, academia and government agencies, including NASA and NSF.

About Collins Aerospace
Collins Aerospace is a leader in technologically advanced and intelligent solutions for the global aerospace and defense industry. Collins Aerospace has the capabilities, comprehensive portfolio and expertise to solve customers’ toughest challenges and to meet the demands of a rapidly evolving global market. It is one of the four businesses that form Raytheon Technologies.

About Ntention
Ntention is a Norwegian deep tech start-up founded by a group of engineering students from the Norwegian University of Science and Technology (NTNU) with a passion for human-machine interaction. The aim of the company is to radically improve the way one interacts with technology. Ntention is developing a user-centered interaction framework, that captures the user’s intention through multi-modal input methods (such as motion capture, eye-tracking, and voice commands) and translates it into machine command. The system is called the Ntention Interaction Framework (NIF). NIF will be a game changer in several industries, ranging from interaction systems for astronauts, to meeting solutions using VR in the construction industry and has previously been demonstrated in several use-cases, including a music production and performance glove, and the control of robotic arms. 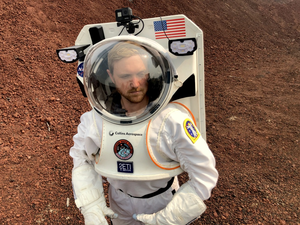 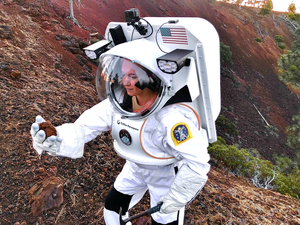 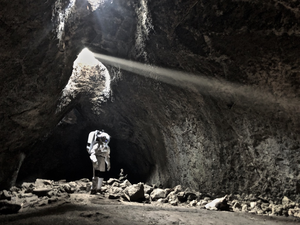 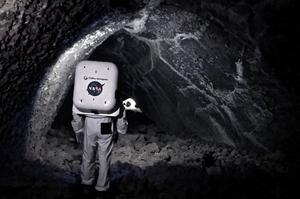