The USC Mark and Mary Stevens Neuroimaging and Informatics Institute (USC Stevens INI), part of the Keck School of Medicine of USC, has launched a $3 million study that will unite researchers and data from 20 countries to answer some of the most pressing questions about Parkinson’s disease (PD). The 5-year collaborative effort, known as ENIGMA-PD, will analyze brain imaging, genetics, and clinical data in one of the world’s largest studies of the disease.

“This new grant will tackle some of the major puzzles about how PD progresses in the brain, and how treatment can protect against those changes,” said Paul M. Thompson, PhD, principal investigator of the new initiative and associate director of the USC Stevens INI.

The researchers have already conducted one of the largest internationally coordinated analyses of PD brain imaging data. They studied structural differences between 1,182 healthy brains and 2,357 affected by PD, identifying a characteristic pattern of tissue damage that began in the brain’s temporal lobes and spreads throughout the cortex. Those findings challenge the conventional wisdom about PD, which holds that deeper regions of the brain are damaged first and may hint at multiple PD subtypes with different courses and treatments. The study was published in the journal Movement Disorders in July.

ENIGMA-PD will study whether treatments, including drugs such as L-Dopa and surgical therapies such as Deep Brain Stimulation, can slow down this progression of brain tissue loss and clinical decline. Researchers will also investigate genetic factors that contribute to PD risk, with a particular focus on how different genes increase the risk of developing PD in individuals with European versus Asian ancestry.

“What’s unique about this project is that it engages experts from across the globe, which will be crucial for understanding how Parkinson’s risk and progression may differ depending on a person’s genetic background,” said Thompson, who is also a professor of ophthalmology, neurology, psychiatry and the behavioral sciences, radiology and engineering at the Keck School of Medicine.

The grant funds researchers who are collecting data in historically understudied regions, including Taiwan, South Africa, and Siberia. Thompson will lead the effort in conjunction with Kathleen Poston, MD, of Stanford University and Ysbrand van der Werf, PhD, of Amsterdam University Medical Centers in the Netherlands.

ENIGMA-PD builds on the success of the Enhancing Neuro Imaging Genetics through Meta-Analysis (ENIGMA) consortium, which unites neuroimaging researchers in 45 countries to study a variety brain diseases and processes. Founded in 2009, the ENIGMA network has conducted some of the world’s largest neuroimaging studies of schizophrenia, bipolar disorder, major depression, epilepsy, and other conditions affecting the brain.

The project adds to the INI’s ongoing work on PD, which began in 2010 with the launch of the Parkinson’s Progression Markers Initiative (PPMI). The institute stores all the clinical, genetic and imaging data for more than 1,400 individuals in the PPMI study, which is sponsored by the Michael J. Fox Foundation.

“PPMI has already advanced the critical search for biomarkers of Parkinson’s disease,” said Arthur W. Toga, PhD, provost professor of ophthalmology, neurology, psychiatry and the behavioral sciences, radiology and engineering, the Ghada Irani Chair in Neuroscience at the Keck School and director of the INI. “ENIGMA-PD will amplify those efforts and help us continue to improve the prognosis for those living with PD.”

Building on three decades of leadership in the neurosciences, the USC Mark and Mary Stevens Neuroimaging and Informatics Institute (INI) was founded in 2013 with a landmark gift of $50 million from USC trustee and benefactor Mark Stevens and his wife. The institute, which comprises four interdisciplinary centers, the Laboratory of Neuro Imaging, Imaging Genetics Center, Center for Image Acquisition and Center for Integrative Connectomics, is populated by 19 faculty, more than 100 staff and student researchers and thousands of collaborators around the world. INI researchers have launched and contributed to many of the most impactful efforts in the neurosciences, including the National Institutes of Health BRAIN Initiative, Alzheimer’s Disease Neuroimaging Initiative (ADNI), Global Alzheimer’s Association Interactive Network (GAAIN), Human Connectome Project, Mouse Connectome Project, Enhancing Neuro Imaging Genetics through Meta-Analysis (ENIGMA) consortium, Parkinson’s Progression Markers Initiative (PPMI), Epilepsy Bioinformatics Study for Antiepileptogenic Therapy (EpiBios4Rx) and many more. In addition to mapping brain structure and activity in health and disease, the institute has emerged as a leader in informatics solutions, providing key data management services including archival, harmonization, quality control, visualization and dissemination for hundreds of studies, thousands of scientists and millions of subjects worldwide. 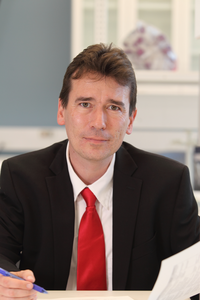