The hunt for more evidence of gravitational waves – ripples in spacetime formed by cataclysmic events in the distant universe – will be accelerated with a nearly $2 million National Science Foundation grant awarded to a West Virginia University scientist and her colleagues.

Eberly Distinguished Professor of Physics and Astronomy Maura McLaughlin will serve as principal investigator on the project, which will bolster a global network of researchers and telescopes called the International Pulsar Timing Array. The coalition’s goal is to discover low-frequency gravitational waves – a different sort from what’s already been identified - using high-precision timing observations of exotic stars called millisecond pulsars with the world’s largest radio telescopes.

WVU researchers already played a hand in first detecting gravitational waves in 2015, some 100 years after Albert Einstein predicted their existence in his theory of general relativity. A sensitive instrument called LIGO (Laser Interferometer Gravitational-Wave Observatory) observed the first gravitational waves when two black holes crashed into one another. According to NASA, that collision happened 1.3 billion years ago but the ripples didn’t make it to Earth until 2015.

Those gravitational waves, however, are different from the ones the IPTA is seeking out, McLaughlin said.

“High-frequency waves have already been detected with LIGO,” said McLaughlin, who also directs the WVU Center for Gravitational Waves and Cosmology. “LIGO detected gravitational waves from stellar mass black holes —objects that are just a little bit bigger than the sun but form from stars that explode.

“The gravitational waves we’ll detect are from supermassive black holes sitting at the cores of galaxies. Think of galactic-sized black holes that are spiraling with much longer orbital periods. This will lead to a broadened understanding of the universe. We’re going to learn about galaxy evolution and growth through cosmic time.”

McLaughlin hopes the recent award will build upon the roles WVU and West Virginia have in this field of research.

In all, 11 telescopes, including the Green Bank Telescope in Pocahontas County, spanning nine countries will be utilized for the project, titled “AccelNet-Implementation: The International Pulsar Timing Array."

“Researchers using these large radio telescopes throughout the world are observing pulsars,” McLaughlin said. “They’re measuring the arrival times of their pulses and then we’re going to combine all the data from all of these telescopes into one very sensitive dataset that can be used to search for correlated perturbations due to gravitational waves.

“In five years, we hope to have the most sensitive dataset in the world to search for gravitational waves.”

This project will expand the IPTA’s reach of gravitational wave hunting from North America, Europe and Australia to include China, India and South Africa.

Beyond the potential scientific discoveries, McLaughlin said she’s also excited about the opportunities the project will provide for students at WVU and across the world. International workshops will be held to train students how to analyze the collected data.

“Giving WVU students the opportunity to collaborate with scientists all over the world and possibly travel to other countries to use their telescopes will be a really valuable experience for them,” McLaughlin said. “I’m also enthusiastic about bringing students in from other countries where they don’t have as much exposure to this kind of technology and science.” 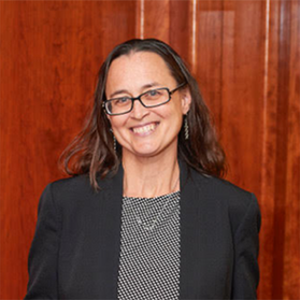