September 15, 2021— (BRONX, NY) — Albert Einstein College of Medicine has received a five-year, $5 million grant from the National Institutes of Health (NIH) to support the Rose F. Kennedy Intellectual and Developmental Disabilities Research Center (RFK IDDRC), which has been at the forefront of research on normal and abnormal brain development for more than 50 years. The funding will sustain and deepen collaborations between Einstein scientists and clinicians at Montefiore Health System aimed at improving the care and treatment of children with intellectual and developmental disabilities (IDD), including those stemming from rare diseases.

“Our center is home to dozens of basic science and translational researchers who investigate the biological pathways and neurological mechanisms that underlie a range of intellectual and developmental disabilities,” said Sophie Molholm, Ph.D., co-primary investigator on the grant and co-director of the RFK IDDRC. “But ultimately, our sights are set on helping the children with IDDs in the Bronx and empowering their families and caregivers, a goal this new grant will help us achieve,” added Dr. Molholm, who is professor of pediatrics, in the Dominick P. Purpura Department of Neuroscience, and of psychiatry and behavioral sciences at Einstein.

In 2020, the IDDRC’s annual Rare Disease Day event featured a special program in which 12 families with children who have a KDM5C variant came together from around the country and from England to meet for the first time. They learned about recent findings and the RFK IDDRC partnerships at Montefiore and Einstein that are addressing research and care. Hayden Hatch, an M.D./Ph.D. student at Einstein, spearheaded the effort.

Julie Secombe, Ph.D., professor of genetics and in the Dominick P. Purpura Department of Neuroscience, will lead basic science studies on KDM5C, along with Bryen Jordan, Ph.D., associate professor in the Dominick P. Purpura Department of Neuroscience and associate professor of psychiatry and behavioral sciences. The translational and clinical aspects of the work will be led by Dr. Molholm and Lisa Shulman, M.D., professor of pediatrics at Einstein, interim director of the Rose F. Kennedy Children’s Evaluation and Rehabilitation Center (CERC) at the Children’s Hospital at Montefiore, and a developmental pediatrician at Montefiore.

Einstein is one of 15 IDDRCs funded by the NIH and was among the first such centers established in the 1960s. More than 100 researchers study neurodevelopmental conditions including autism spectrum disorders, attention-deficit hyperactivity disorder, Rett and Williams syndromes, Niemann-Pick and other lysosomal storage diseases, neurocutaneous disorders, and infantile and childhood seizures. The RFK IDDRC also has more than 20 clinical partners in neurology and pediatrics.

“We’re in the unique position of having many different IDD-focused programs under one roof,” said Steven Walkley, D.V.M, Ph.D., co-director of the IDDRC, co-primary investigator on the grant, professor in the Dominick P. Purpura Department of Neuroscience, of pathology, and in the Saul R. Korey Department of Neurology. “In addition to the IDDRC, the Rose F. Kennedy Center includes CERC, which is part of our University Center for Excellence in Developmental Disabilities; the NIH-funded healthcare professional training program known as LEND (Leadership Education in Neurodevelopmental and Related Disabilities); and a postdoctoral fellowship training program. We’re truly at the forefront of patient-oriented science both for the Bronx community and beyond.”

The grant, titled “Support for the Rose F. Kennedy IDDRC P50,” is funded by the Eunice Kennedy Shriver National Institute of Child Health and Human Development, part of the National Institutes of Health (1 P50 HD105352-01).

Albert Einstein College of Medicine is one of the nation’s premier centers for research, medical education and clinical investigation. During the 2020-21 academic year, Einstein is home to 721 M.D. students, 178 Ph.D. students, 109 students in the combined M.D./Ph.D. program, and 265 postdoctoral research fellows. The College of Medicine has more than 1,900 full-time faculty members located on the main campus and at its clinical affiliates. In 2020, Einstein received more than $197 million in awards from the National Institutes of Health (NIH). This includes the funding of major research centers at Einstein in aging, intellectual development disorders, diabetes, cancer, clinical and translational research, liver disease, and AIDS. Other areas where the College of Medicine is concentrating its efforts include developmental brain research, neuroscience, cardiac disease, and initiatives to reduce and eliminate ethnic and racial health disparities. Its partnership with Montefiore, the University Hospital and academic medical center for Einstein, advances clinical and translational research to accelerate the pace at which new discoveries become the treatments and therapies that benefit patients. Einstein runs one of the largest residency and fellowship training programs in the medical and dental professions in the United States through Montefiore and an affiliation network involving hospitals and medical centers in the Bronx, Brooklyn and on Long Island. For more information, please visit einsteinmed.org, read our blog, follow us on Twitter, like us on Facebook, and view us on YouTube.

Montefiore Health System is one of New York’s premier academic health systems and is a recognized leader in providing exceptional quality and personalized, accountable care to approximately three million people in communities across the Bronx, Westchester and the Hudson Valley. It is comprised of 11 hospitals, including the Children’s Hospital at Montefiore, Burke Rehabilitation Hospital and more than 200 outpatient ambulatory care sites. The advanced clinical and translational research at its medical school, Albert Einstein College of Medicine, directly informs patient care and improves outcomes. From the Montefiore-Einstein Centers of Excellence in cancer, cardiology and vascular care, pediatrics, and transplantation, to its preeminent school-based health program, Montefiore is a fully integrated healthcare delivery system providing coordinated, comprehensive care to patients and their families. For more information please visit www.montefiore.org. Follow us on Twitter and view us on Facebook and YouTube.

The Rose F. Kennedy Center at Einstein and Montefiore includes the RFK UCEDD and CERC. Annually, CERC serves about 5,000 patients with IDD and provides medical, psychiatric, and dental services, along with social services and speech language, occupational, and physical therapies. Most of its patients are children, but the center also serves people older than age 18 with IDD who have transitioned from pediatric care. They receive services in its Harold Diner Special Needs Dentistry program, Adult Literacy program, and a new primary care program. 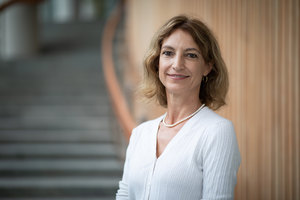