Coral reefs are among the most biologically diverse, complex and productive ecosystems on the planet. Most of coral reef biodiversity consists of tiny organisms living deep within the three-dimensional reef matrix. Although largely unseen, this diversity is essential to the survival and function of coral reef ecosystems, and many have worried that climate change will lead to dramatic loss of this diversity.

New research led by scientists at the University of Hawai‘i (UH) at Mānoa reveals that the species which dominate experimental coral reef communities shift due to climate change, but the total biodiversity does not decline under future ocean conditions of warming and acidification predicted by the end of the century.

The study was published today in the Proceedings of the National Academy of Science [link will be live 9/20/21 9 am HST].

“Rather than the predicted collapse of biodiversity under ocean warming and acidification, we found significant changes in the relative abundance, but not the occurrence of species, resulting in a shuffling of coral reef community structure,” said Molly Timmers, lead author who conducted this study during her doctoral research at the Hawai‘i Institute of Marine Biology (HIMB) at the UH Mānoa School of Ocean and Earth Science and Technology (SOEST).

“The tiny organisms living in the reef structure are known as the cryptobiota, which is analogous to the insects in a rainforest,” said Timmers. “They play essential roles in reef processes such as nutrient cycling, cementation, and food web dynamics – they are an important diet of many of the fishes and invertebrates that make coral reef ecosystems so dynamic.”

Despite their critical importance to coral reef ecosystems, these cryptobiota are often overlooked in climate change research due to the challenges associated with surveying them using visual census and in identifying this highly diverse and understudied community.

“As a result, our perceptions of coral reef biodiversity across marine gradients and how biodiversity will respond to climatic change has been primarily based on a handful of observable surface-dwelling taxa, such as corals and fish,” said Timmers.

To assess the responses of the understudied cryptobiota to future ocean conditions, Timmers and colleagues at HIMB devised an experiment wherein tiered settlement plates were placed in experimental flow-through tanks. These mesocosms received unfiltered seawater from a nearby reef slope off the shore of HIMB and were treated with end-of-the-century predicted ocean warming and/or ocean acidification conditions. After two years of exposure, the team examined the organismal groups that had developed on the settlement plates using DNA metabarcoding techniques.

“This two-year experimental mesocosm study is unprecedented for climate change research and is the first one to examine the diversity of the entire coral reef community from microbes and algae to the corals and fishes,” said Chris Jury, the author who developed and maintained the mesocosm system.

While the total number of species did not change between the present-day and the combined future ocean conditioned treatments, the study results revealed that the composition of the coral reef community differed substantially between the treatments.  The ultimate outcome of this shuffling in response to climate change will depend critically on the ecological roles that winners and losers play.

However, “we lack sufficient information on the ecological functions, life histories, and distributions (let alone names) for most members of the coral reef cryptobenthic community to be able to adequately predict responses or ecosystem outcomes of changes in this community,” said Timmers.

This study highlights the importance of including these understudied organisms in future work that seeks to predict the outcomes of climate change on coral reef ecosystems. 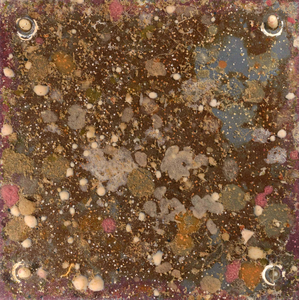