DUARTE, Calif. — Researchers at City of Hope, a world-renowned research and treatment organization for cancer and diabetes, and Menzies Health Institute Queensland at Griffith University have developed a novel anti-HIV protein that suppressed HIV levels in the bone marrow, spleen and brain of mice and prevented the virus from replicating in those regions, according to a new study published in Nature Communications today.

Their research demonstrates that scientists could engineer nanosized parts of cells called exosomes to carry therapeutic cargo to hard-to-reach places, including the nearly impenetrable blood-brain barrier. This innovative delivery system paves the way for a future where it’s conceivable that engineered exosomes could carry cargo that either suppress infectious diseases or restructure genetic material so that pathogens are rendered harmless.

“This innovative technology could become a viable way to deliver therapies not only for HIV but also for other diseases, including ones that affect the brain, such as Alzheimer’s and Parkinson’s,” said Professor Kevin Morris, Ph.D. from City of Hope’s Center for Gene Therapy and Griffith University's School of Pharmacy and Medical Sciences. Morris is senior author of the new study.

Human immunodeficiency virus attacks cells that help the body fight infection, making an individual more vulnerable to other infections and diseases. Many researchers believe one way to cure HIV is to “block and lock” the disease in a process that obstructs the ability of the virus to replicate and locks it in a dormant state.

“The ZPAMt HIV protein repressor we developed is packaged into exosome nanoparticles and can enter cells where it epigenetically silences HIV,” Morris said. “We show that these nanoparticles can systemically ‘block and lock’ HIV expression. This is the first time that block and lock has been successfully delivered to treat HIV in vivo in the brain.”

HIV can enter the human body in a dormant-like state; it is able to hide from the body’s immune system and evade treatments. Then, it can reactivate later. HIV hiding in the brain is especially difficult to treat because of the blood-brain barrier, which prevents both toxins and therapies from entering the brain.

Currently, there is no cure for HIV, so once someone contracts it, he or she will have it for life. An estimated 1.19 million people in the United States had HIV at the end of 2019, according to the Centers for Disease Control and Prevention.

About City of Hope
City of Hope is an independent biomedical research and treatment center for cancer, diabetes and other life-threatening diseases. Founded in 1913, City of Hope is a leader in bone marrow transplantation and immunotherapy such as CAR T cell therapy. City of Hope’s translational research and personalized treatment protocols advance care throughout the world. Human synthetic insulin, monoclonal antibodies and numerous breakthrough cancer drugs are based on technology developed at the institution. A National Cancer Institute-designated comprehensive cancer center and a founding member of the National Comprehensive Cancer Network, City of Hope is ranked among the nation’s “Best Hospitals” in cancer by U.S. News & World Report. Its main campus is located near Los Angeles, with additional locations throughout Southern California and in Arizona. Translational Genomics Research Institute (TGen) became a part of City of Hope in 2016. AccessHopeTM, a subsidiary launched in 2019, serves employers and their health care partners by providing access to NCI-designated cancer center expertise. For more information about City of Hope, follow us on Facebook, Twitter, YouTube or Instagram.

About Griffith University
Griffith University is a comprehensive research-intensive university ranked in the top 2% of universities globally with 50,000 students spanning six campuses in South East Queensland, Australia. Its research excellence, innovative teaching and learning practices, and strong industry ties makes it one of the leading providers of higher education in the Asia–Pacific.

Development and characterization of ZFP-362 has been filed for a patent under international application number PCT/US18/56943 by KVM and TSR. 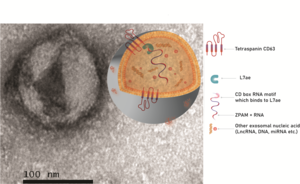