As far back as ancient Rome, spider silk has been used as a remedy to treat everything from skin lesions to warts. In the past, doctors have covered open wounds in cobwebs or advised patients to place cocoons on infected teeth. In modern times, however, the literature contains conflicting reports of whether or not spider silk has antimicrobial properties. In the journal iScience on October 5th, researchers revisit these old experiments and debunk the myth of antibiotic spider silk.

“Spider silk has always been admired and almost has a mythical status,” says senior author Trine Bilde, a professor of biology at Aarhus University. “It’s one of these myths that seems to have become ‘established’ by ‘belief’ and not by strong empirical support.”

Since the antimicrobial properties of spider silk were first reported, researchers have proposed ways in which spiders might benefit. In the case of social spiders living in large groups, it’s been thought that antibiotic silk might help prevent the spread of infection between individuals. These spiders have weakened immune systems from inbreeding, so they are especially vulnerable to infection.

Early in their research, Bilde and her research group grew doubtful of the validity of what they had read in the literature. “We were unable to detect antimicrobial activity of social spider silk, regardless of method or microbe, and this made us curious about why other studies were able to,” she says. “We then started scrutinizing the papers reporting antimicrobial activity in fine detail and became aware of methodological shortcomings.”

Overall, Bilde’s team examined silk from seven different spider species by using improved experimental methods and found no signs of antimicrobial activity. Although this does not rule out antimicrobial activity for all species of spiders, it brings into doubt all previous reported accounts.

“Rather than assuming that spider silk is antimicrobial, we should now assume that it isn’t,” says Bilde. “We can still test the idea in new species and with new organisms, but with a more cautious starting point.”

Spiders use their silk to protect their eggs, which offer high nutritional content to microbes. Bilde proposes that instead of warding off microbial threats with intrinsic antimicrobial activity, the silk casing around the eggs might function only as a physical barrier.

This work was supported by The Novo Nordisk foundation.

The myth of antibiotic spider silk 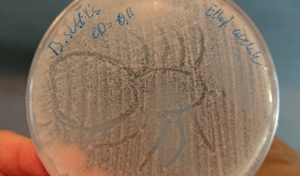 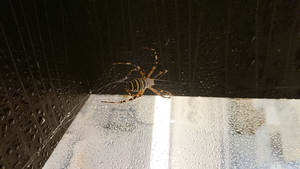